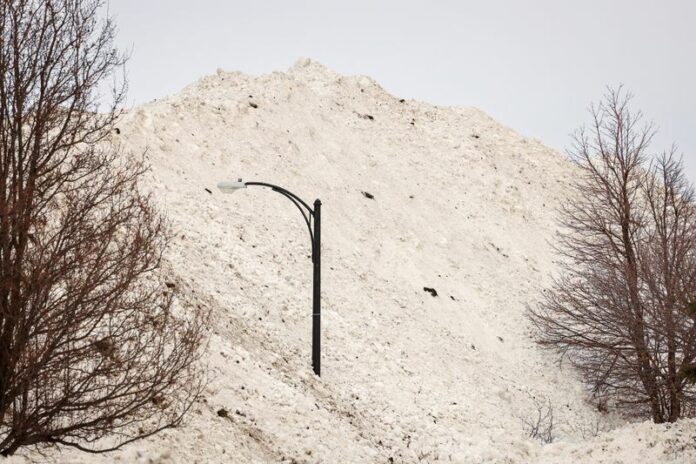 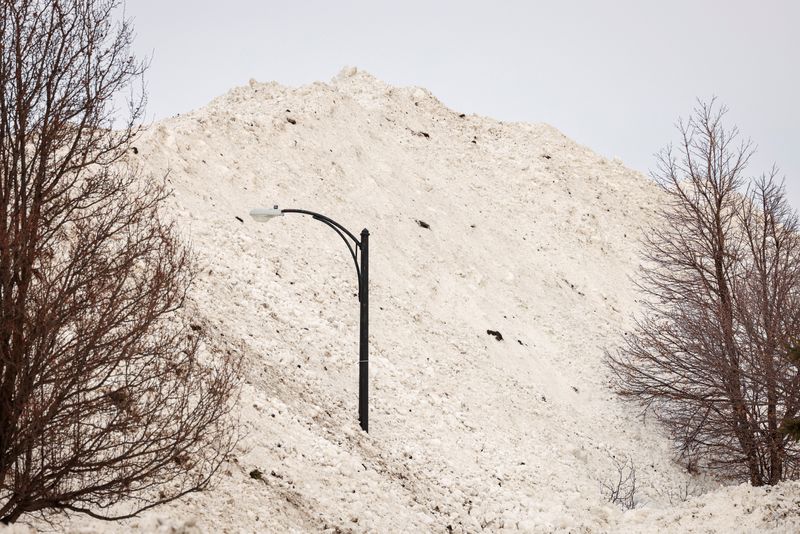 © Reuters. A street light is seen beneath a pile of snow in front of Central Terminal during a cleanup effort following a winter storm in Buffalo, New York, U.S., December 28, 2022. REUTERS/Lindsay DeDario

(Reuters) – An inquiry will be opened into the power outages caused by extreme weather during historic winter storm Elliott, the U.S. Federal Energy Regulatory Commission (FERC) and other North American regulatory authorities said on Wednesday.

Elliott was the name given to the system that brought frigid cold and blowing winds last week, knocking out power for more than 1.5 million homes and businesses across the United States.

FERC will probe operations of the bulk power system to identify performance issues and recommend solutions alongside the North American Electric Reliability Corporation (NERC) and its six regional entities which encompass nearly 400 million customers, mainly in the U.S. and Canada.

“This storm underscores the increasing frequency of significant extreme weather events and underscores the need for the electric sector to change its planning scenarios and preparations for extreme events,” said NERC CEO and President Jim Robb.

While most of the outages were caused by weather impacts on electric distribution facilities, some local utilities in the U.S. southeast resorted to rolling blackouts and the bulk-power system elsewhere came under pressure, the regulators’ statement said.

“In addition to the load shedding in Tennessee and the Carolinas, multiple energy emergencies were declared and new demand records were set across the continent. And this was in the early weeks of a projected ‘mild’ winter,” Robb said.

In November, NERC warned that a large portion of North America was at risk of insufficient electricity supplies during peak winter conditions, due to higher demand projections, generator retirements, vulnerability to extreme weather and fuel supply and natural gas infrastructure limitations.