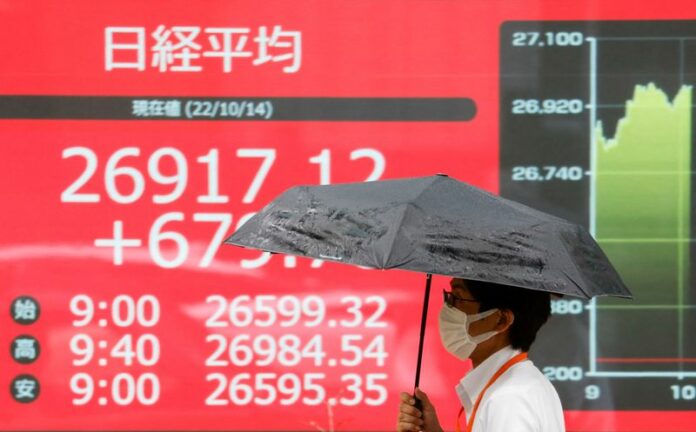 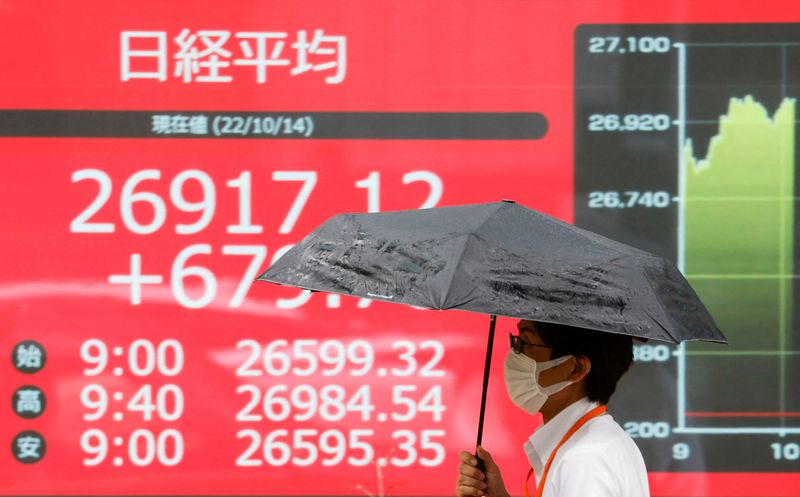 (Reuters) – Foreign investors withdrew more money from emerging Asian equities in 2022 than they had done in any year since the global financial crisis in 2008, as rising U.S. interest rates pulled funds towards dollar assets.

After four straight 75-basis point hikes earlier in 2022, the U.S. Federal Reserve raised its overnight borrowing rate by another 50 basis points in December.

Due to the hikes, the yield on safer 10-year U.S. Treasuries climbed about 230 basis points to 3.83% last year, which hit the foreign demand for riskier regional equities.

Some analysts expect more outflows, at least in the first half of the year, as U.S. interest rates are expected to rise further this year.

“The first half of the new trading year could continue to bring a cautious tone in the region, as market participants brace for further economic impact from tighter global central banks’ policies, along with risks of China’s reopening triggering cross-border virus spreads,” said Yeap Jun Rong, a market strategist at IG.

On the flip side, India, Vietnam and Thailand received net inflows of $1.36 billion, $559 million and $372 million, respectively, in December.