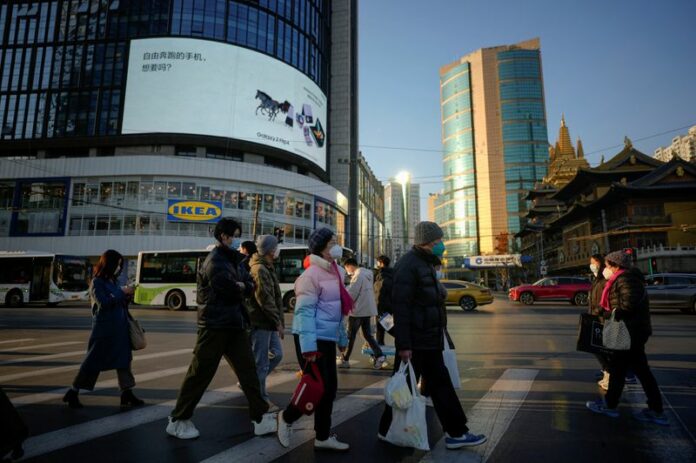 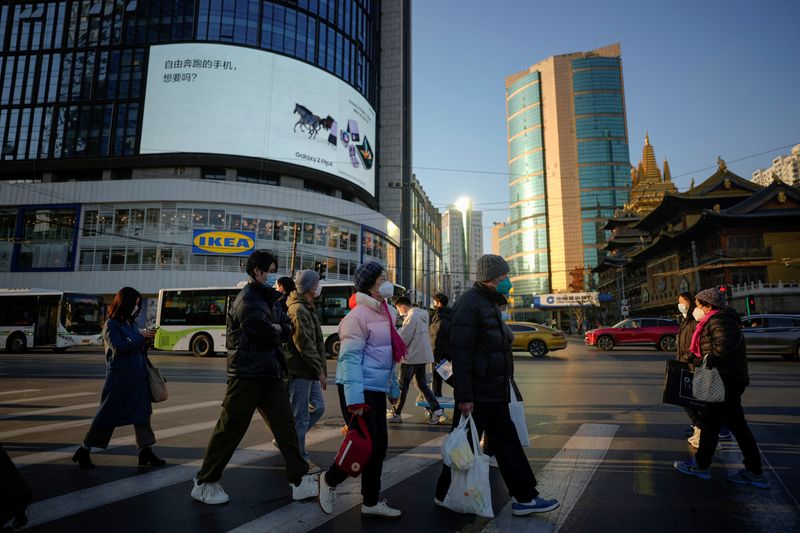 By Alessandro Diviggiano and Bernard Orr

BEIJING (Reuters) -Data from China shows no new coronavirus variant has been found there, but it also under-represents how many people have died in the country’s rapidly spreading outbreak, World Health Organization officials said on Wednesday.

Global unease has grown about the accuracy of China’s reporting of an outbreak that has filled hospitals and overwhelmed some funeral homes since Beijing abruptly reversed its “zero COVID” policy.

The U.N. agency was releasing data provided by the Chinese Center For Disease Control and Prevention (CDC), a day after WHO officials met Chinese scientists. China has been reporting daily COVID deaths in single figures.

Mike Ryan, the WHO’s emergencies director, told a media briefing that current numbers being published from China under-represented numbers of hospital admissions, ICU admissions and “particularly in terms of death.”

WHO Director General Tedros Adhanom Ghebreyesus said the U.N. agency was continuing to seek more rapid and regular data from China on hospitalisations and deaths.

“WHO is concerned about the risk to life in China and has reiterated the importance of vaccination, including booster doses to protect against hospitalisation, severe disease and death,” he said.

China’s People’s Daily, the Communist Party’s official newspaper, sought to rally worried citizens for what it calls a “final victory” over COVID-19, rebutting criticism of its policy of strict isolation that triggered rare protests last year.

Beijing’s abrupt axing of those ultra-strict curbs last month has unleashed the virus on China’s 1.4 billion people, who have little immunity after being shielded since it emerged in the Chinese city of Wuhan three years ago.

Health officials abroad have been struggling to work out the scale of the outbreak and how to stop it spreading, with more countries introducing measures such pre-departure COVID tests for arrivals from China, moves that Beijing has criticised.

European Union health officials meet on Wednesday to discuss a coordinated response to it.

China’s CDC analysis showed a predominance of Omicron lineages BA.5.2 and BF.7 among locally acquired infections, according to the data reported by the WHO.

Omicron is the dominant variant based on recent genomic sequencing, confirming what scientists had already said but allaying concerns for now about a new variant emerging.

However, many Chinese funeral homes and hospitals say they are overwhelmed, and international health experts predict at least 1 million COVID-related deaths in China this year.

China has reported five or fewer deaths a day since the policy U-turn.

“That is totally ridiculous,” a 66-year-old Zhang, a Beijing resident who only gave his last name, said of the official toll.

“Four of my close relatives died. That’s only from one family. I hope the government will be honest with the people and the rest of the world about what’s really happened here.”

Beijing has hit back against some countries demanding visitors from China show pre-departure COVID tests, saying the rules were unreasonable and lacked a scientific basis.

Japan, the United States, Australia and several European states are among countries requiring such tests.

Willie Walsh, head of the world’s biggest airline association IATA, criticised such “knee-jerk” measures that he said had not previously stopped the spread of a virus that had hammered airlines which are recovering from the pandemic.

China will stop requiring inbound travellers to quarantine from Jan. 8 but they must be tested before arrival.

British-based health data firm Airfinity has estimated about 9,000 people in China are probably dying each day from COVID.

Patients at Shanghai’s Zhongshan hospital, many of them elderly, were crammed in halls on Tuesday between makeshift beds with people on oxygen ventilators and intravenous drips.

China’s $17 trillion economy has grown at its slowest in nearly half a century amid the COVID disruptions.

But the yuan was at a four-month high against the dollar on Wednesday after Finance Minister Liu Kun promised to step up fiscal expansion. The central bank has also flagged support.