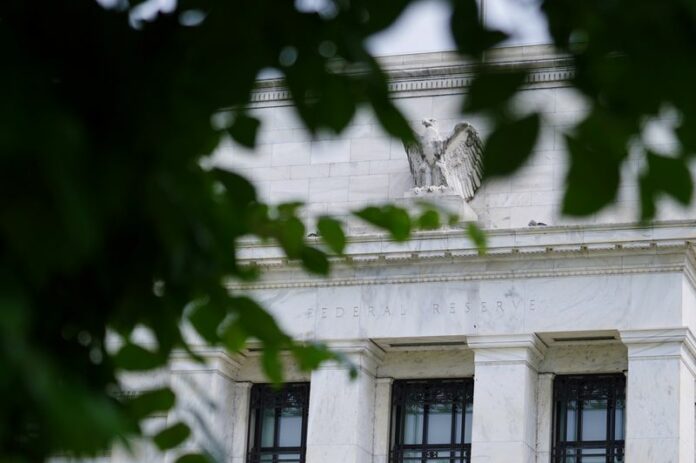 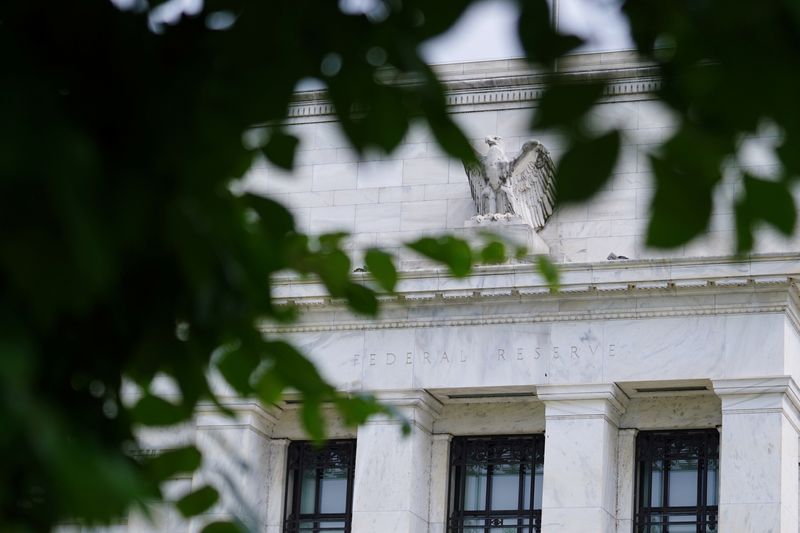 NEW YORK (Reuters) – Federal Reserve officials may be starting to come to terms with the fact that massive inflows of cash into one of the central bank’s rate-control tools are proving more enduring than they once thought, a phenomenon that is also inflating a rapidly growing IOU to the U.S. Treasury.

In the minutes for the mid-December Federal Open Market Committee meeting, released on Wednesday, Fed staffers told policymakers usage of reverse repos had declined a bit as some took money out of the Fed in favor of higher-yielding private market investments.

Looking forward, staffers said that banks’ expectations that they would raise deposit rates could also draw some cash out of reverse repos, with the minutes noting, “over time, greater competition among banks for funding could contribute to drawdowns” in the overnight reverse repo facility.

But that conditionality – first hinted at in minutes from the prior meeting in November – points to the possibility that officials are now growing less confident of their pre-existing view reverse repo usage would shrink as the Fed presses forward with lowering the size of its massive balance sheet.

In contrast, the September minutes reported that Fed staff “continued to anticipate that [reverse repo] take-up would decline in coming quarters from its currently elevated levels as money market participants responded to shifting conditions.”

Meanwhile, in a speech in September, Patricia Zobel, now serving as the interim official in charge of managing the central bank System Open Market Account, said the Fed’s drawdown of its balance sheet “should result in [reverse repo} balances declining from currently elevated levels over time.”

There’s been little indication of that since, however. On Dec. 30, the last trading day of the year, reverse repo usage hit a record of $2.554 trillion. On Wednesday, inflows stood at $2.3 trillion and they’ve been consistently above $2 trillion daily since June, coming from near zero levels in the spring of 2021.

The Fed’s reverse repo facility is one of the tools the central bank uses to help keep the interest rate target, the federal funds rate, at the desired level. The funds rate is currently supposed to range between 4.25% and 4.5% after the Fed’s December half percentage point increase.

The reverse repo facility, which currently pays money funds and other eligible funds 4.3% to park cash at the Fed, is designed to help put a floor underneath short-term rates.

Persistently large reverse repo inflows have been challenging to explain. In part, they are driven by a dearth of private sector investments that make it more lucrative and easier just to park cash overnight at the Fed. At the same time, some have pointed to regulatory issues that give financial firms incentives to continue investing at the Fed.

Large reverse repo usage is unlikely to thwart the Fed’s monetary policy mission. But paying all that interest to financial firms has already put the Fed in a net negative income situation – essentially deferred income owed to the Treasury – that is very likely to grow worse over time given the Fed’s expectation it will raise rates further and maintain them there until it’s confident inflation is cooling off.