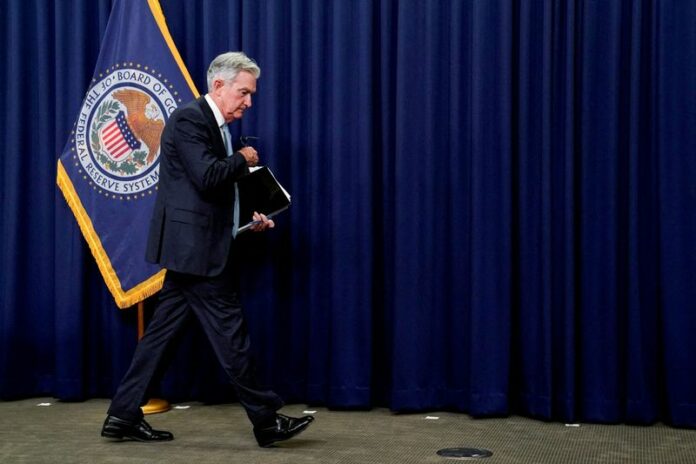 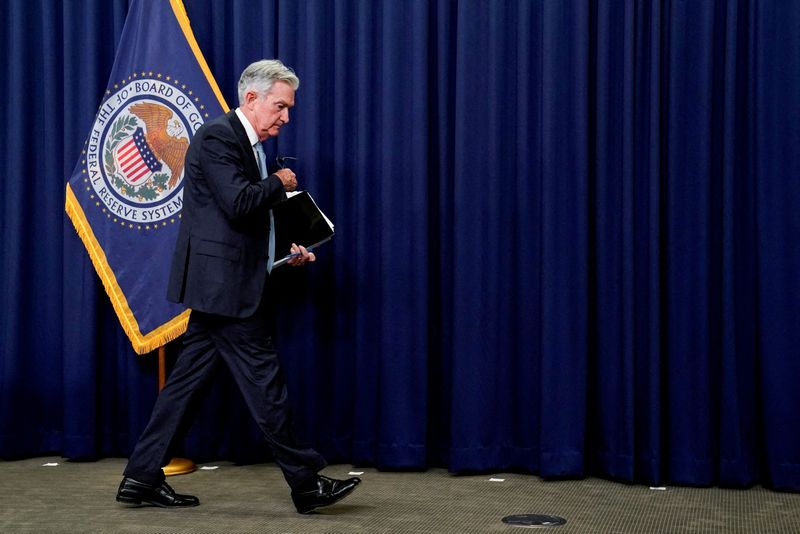 WASHINGTON (Reuters) -All officials at the Federal Reserve’s Dec. 13-14 policy meeting agreed the U.S. central bank should slow the pace of its aggressive interest rate increases, allowing them to continue increasing the cost of credit to control inflation but in a gradual way meant to limit the risks to economic growth.

The minutes of the meeting, which were released on Wednesday, showed policymakers still focused on controlling the pace of price increases that threatened to run hotter than anticipated, and worried about any “misperception” in financial markets that their commitment to fighting inflation was flagging.

But officials also acknowledged they had made “significant progress” over the past year in raising rates enough to bring inflation down. As a result, the central bank now needed to balance its fight against rising prices with the risks of slowing the economy too much and “potentially placing the largest burdens on the most vulnerable groups” through higher-than-necessary unemployment.

“Most participants emphasized the need to retain flexibility and optionality when moving policy to a more restrictive stance,” the minutes said, indicating officials may be prepared to scale back to quarter-percentage-point increases as of the Jan. 31-Feb. 1 meeting, but also remained open to an even higher than anticipated “terminal” rate if high inflation persists.

Indeed, the minutes put a premium on explaining that the decision to move to smaller rate increases should not be construed by investors or the public at large as a weakening of the Fed’s commitment to bring inflation back to its 2% target.

“Participants reaffirmed their strong commitment to returning inflation to the (Federal Open Market) Committee’s 2% objective,” the minutes said. “A number of participants emphasized that it would be important to clearly communicate that a slowing in the pace of rate increases was not an indication of any weakening of the Committee’s resolve to achieve its price stability goal.”

“No participants anticipated that it would be appropriate to begin reducing the federal funds rate target in 2023,” the minutes said.

Markets and some economists, however, have yet to give up the idea that the Fed will do just that before the year runs out, reinforcing the communications challenge facing Fed Chair Jerome Powell and his colleagues this year.

“Our view is still that rapidly easing inflation, combined with a notable drop-off in employment growth will alter the landscape quite dramatically over the first half of this year,” Capital Economics Chief North American Economist Paul Ashworth said in a note after the readout was published. “After a final 50 (basis points) of tightening over the first quarter, taking the fed funds rate to a peak of close to 5%, we still expect the Fed to be cutting rates again before the end of this year.”

Interest-rate futures, too, showed traders largely sticking to bets the Fed will lift the target interest rate to just shy of 5% in coming months and then begin cutting it in the second half of the year.

Fed officials in December projected that rate, currently in the 4.25%-4.50% range, would rise to just over 5% by the end of 2023 and likely remain there for some time.

How long “restrictive” monetary policy will be needed could become an emerging topic of debate.

The U.S. economic outlook presented by Fed staff at last month’s meeting suggested that the battle to lower prices may last longer than anticipated.

Recent economic growth had been stronger than previously expected, Fed staff said, and as a result economic output was not expected to slow to a below-trend pace and unemployment rise above its “natural rate” until “near the end of 2024” – a year later than anticipated.

Below-trend growth and unemployment above the natural rate are considered among the conditions that can slow inflation.

Still, for some policymakers the risks to growth had become more pressing, with Fed staff suggesting that a recession over the next year was a “plausible alternative.”

“Many participants highlighted” that the Fed, after a year in which it tightened monetary policy at the fastest pace since the 1980s, now had to balance its fight against inflation with the possibility of a policy overshoot that “could end up being more restrictive than necessary.”

“A slowing in the pace of rate increases at this meeting would better allow the Committee to assess the economy’s progress … as monetary policy approached a stance that was sufficiently restrictive.”