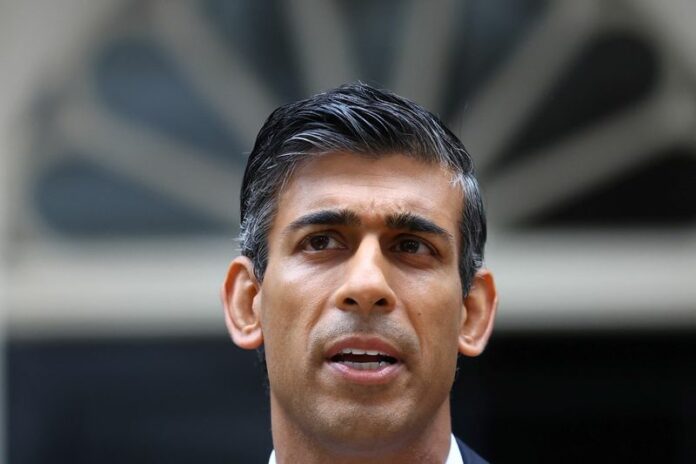 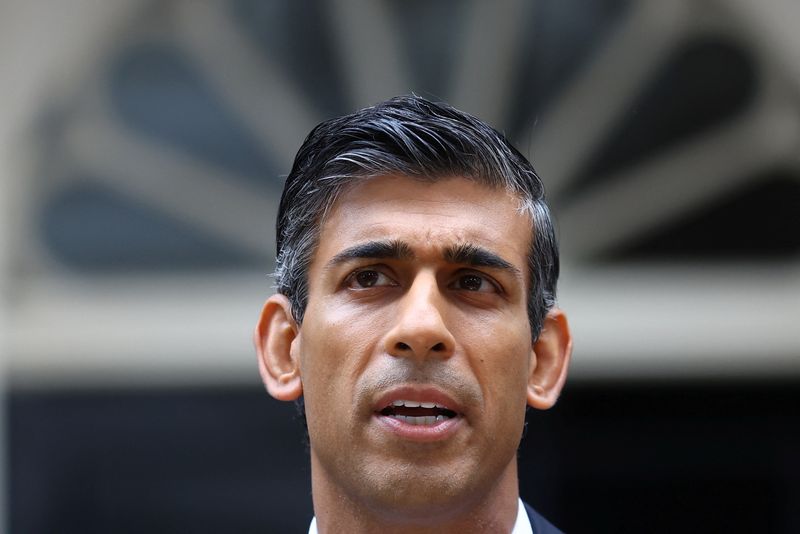 Investing.com — Inflation will come down by half and the British economy will grow this year, Rishi Sunak said on Wednesday in his first keynote policy speech since taking over as U.K. Prime Minister last year.

“First, we will halve inflation this year to ease the cost of living and give people financial security,” Sunak said. “Second, we will grow the economy, creating better-paid jobs and opportunity right across the country. Third, we will make sure our national debt is falling so that we can secure the future of public services.”

Sunak is under intense pressure to turn around an economy that has been the worst-performing in the G7 since the U.K. voted to leave the European Union in 2016, experiencing higher inflation and lower growth on average than any of its peers. His promises come at a time when inflation, which declined only marginally in November from a 40-year high of 11.1%, has sparked a wave of strikes across the public sector, with rail, postal and even health workers all disrupting public services in search of higher pay.

Like his predecessors Boris Johnson and Liz Truss, Sunak styled the inflation surge largely as a consequence of the pandemic, which intensified a trend of worsening labor supply, and the war in Ukraine, which exposed the inability so far of renewables to replace the coal-fired and nuclear generation that successive governments have retired due to environmental and cost concerns.

The pound was little changed after the speech, whose contents had been well flagged in advance. It has however recovered some 15% from the all-time lows that it hit after the ill-judged tax cut promises of Truss and her chancellor Kwasi Kwarteng at the start of autumn. The pound’s recovery is expected to take some of the sting out of inflation this year, given that the U.K.’s energy imports are priced in dollars.

Apart from his economic promises, Sunak also pledged to stop the tide of immigration through small boats and to end the crisis in the country’s National Health Service. Industry analysts estimate that up to 500 people a week are dying in the country’s emergency rooms because of staff shortages and capacity constraints.