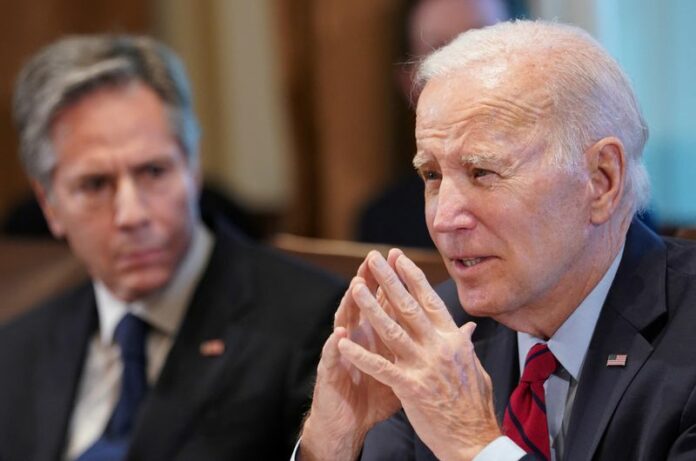 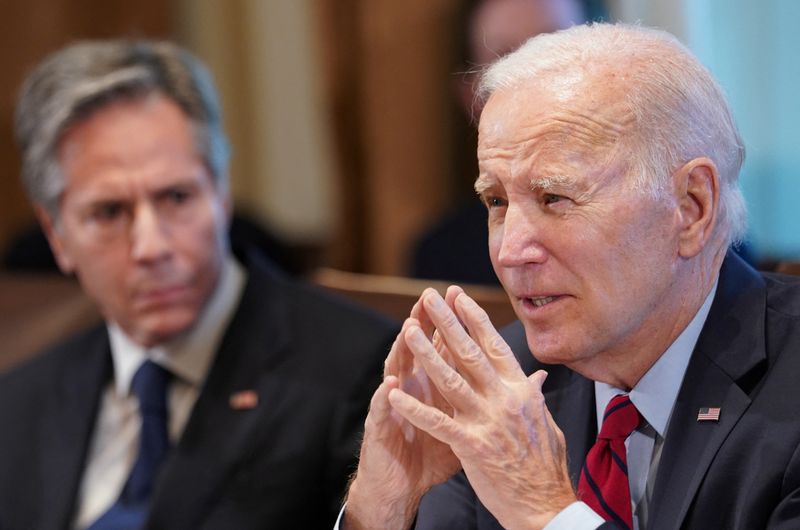 WASHINGTON (Reuters) – President Joe Biden said on Thursday the U.S. economy was seeing “really bright spots” after a rough few years, and was headed to a “new plateau,” a new term for the stable, slower growth White House officials see ahead.

While investors, many economists and some CEOs have warned recently that a U.S. recession is due in 2023, the Biden administration considers it unlikely, in part because of federal spending.

Biden told members of his Cabinet ahead of a private meeting that he sees public and private investments of $3.5 trillion in manufacturing and technology over the next decade strengthening the U.S. economy and boosting prospects for American companies and workers.

“This is not about getting to a level spot. This is about going to a whole new plateau,” the Democratic president said. “We’re the only country in the world who’s come out of the crisis stronger than we went in.”

The U.S. economy is forecast to grow 3.8% in the fourth quarter of 2022, according to an Atlanta Fed model, while the Consumer Price Index rose 0.1% in November.

“That doesn’t mean it’s all over. It means that we’re off to a pretty darned good start,” he said. “I just don’t want to get us suckered into thinking that we can sort of let up on the gas pedal.”

Biden is not alone in his optimism.

The United States may avoid the outright contraction that could hit a third of the world’s economies, Kristalina Georgieva, head of the International Monetary Fund, said on Sunday.

Still, if the U.S. avoids recession, it will likely be by a narrow margin. The Federal Reserve predicts 0.5% growth in 2023, for example.

Speaking to Cabinet members, Biden also lauded plans by the U.S. Federal Trade Commission, which enforces antitrust law, to ban companies from requiring workers to sign noncompete and some training repayment agreements that keep workers from leaving for better jobs.

“The bottom line is, I believe our economic vision is working, and we’re in the process of implementing the first pieces we’ve gotten done and we’re going to move on,” he said.

Biden’s upbeat comments came as Wall Street’s main indexes closed more than 1% lower, with evidence of a tight labor market eating away at any hopes investors had that the Federal Reserve could soon pause its rate hike cycle.