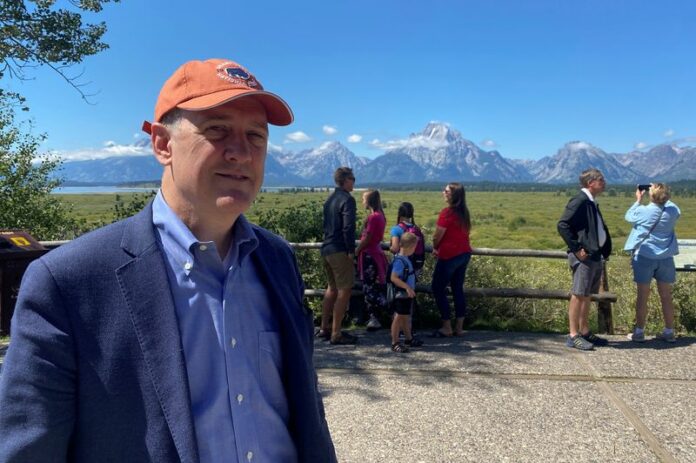 The rate-setting Federal Open Market Committee “has taken aggressive action during 2022, with ongoing increases in the policy rate planned for 2023, and this has returned inflation expectations to a level consistent with the Fed’s 2% inflation target,” Bullard said in material prepared for a presentation before a meeting held by the CFA Society St. Louis. “During 2023, actual inflation will likely follow inflation expectations to a lower level as the real economy normalizes,” he said.

Bullard held a voting role on the FOMC during 2022 but will not this year due to the annual rotation of regional Fed leaders on that panel. Last year was dominated by the central bank’s historically aggressive campaign to lift rates to lower some of the highest levels of inflation seen in decades.

That saw the central bank take its overnight short-term rate target from near zero levels in March to the current 4.25% to 4.50% range. The Fed last lifted that target in December, going up 50 basis points, and it penciled in a move to 5.1% this year. Officials have said wherever they stop with rates they are likely to stay for a while as they ensure inflation pressures are easing.

Bullard said he is increasingly upbeat the Fed can achieve its goal of lowering inflation without sending the economy into a recession, as many Fed critics and economists now believe will happen.

“The probability of a soft landing has increased compared to where it was in the fall of 2022, where it was looking more questionable,” Bullard told reporters after his remarks. “And the reason I think that the prospects for a soft landing have increased is that the labor market has not weakened the way many had predicted” and growth levels rebounded from weakness, he said.

“The labor market can remain fairly resilient during 2023,” the official said, noting the many companies are still hiring.

“This is a great time to fight inflation” because of the strong job market, Bullard said, adding “fight inflation now, get it under control, get it back to 2% while you’ve got the resilient labor market.”

Bullard said monetary policy is not yet in a space where it is holding the economy back but soon will be. “The policy rate is still a little bit below the sufficiently restrictive zone, so I think it would behoove the Committee to get into that zone as soon as we can,” he told reporters.

Bullard also said that he sees no reason to change the Fed’s balance sheet drawdown, adding the Fed may have the chance to re-evaluate how many bonds to sell in six months to a year. He said the contraction of the Fed’s balance sheet, which was at $9 trillion this summer and now stands $8.6 trillion, has been going well.