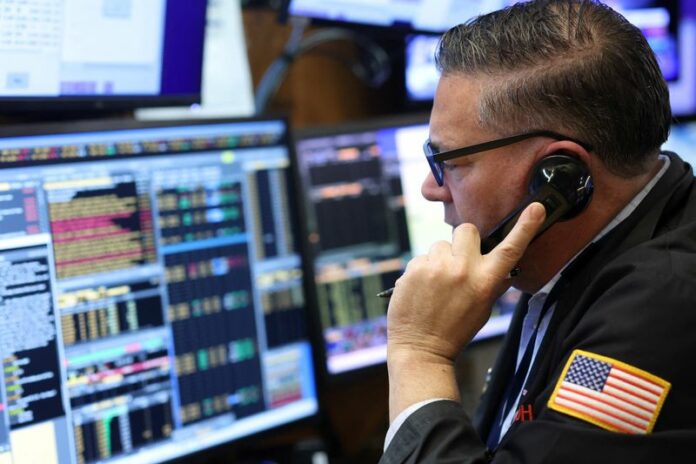 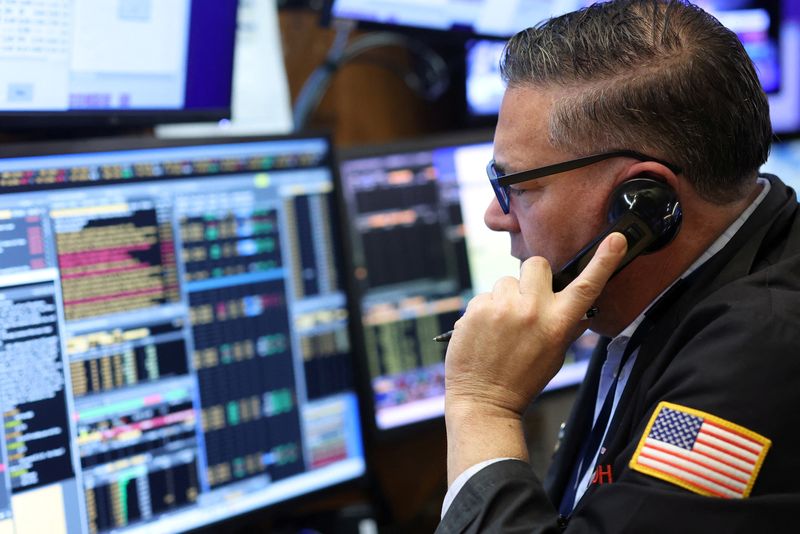 A look at the day ahead in U.S. and global markets from Alun John

The dollar has come roaring back at the start of 2023 after a series of data releases that challenged market expectations the Federal Reserve will cut rates significantly later this year.

Payrolls data due later on Friday are the major factor that will underscore this week’s move, or undermine it.

The euro has lost 1.9% against the dollar this week, and is set for its biggest percentage fall since September, while the dollar has also gained 2.5% on the Japanese yen, which would be its largest gain since June.

The most recent driver of the move were jobs data from Thursday that showed the U.S. economy remained strong, suggesting the Fed’s concern with tight labour markets and its preoccupation with suppressing inflation will last for longer.

Nonfarm payrolls data, though, is traditionally the highest profile employment report. Given that Friday’s data is the last one before the Fed meets in February, it will – along with next week’s inflation numbers – be crucial in guiding the Fed’s next move.

A Reuters poll of economists expects an increase of 200,000 jobs last month, after rising 263,000 in November.

Rate expectations are already moving, and the Fed’s implied terminal rate, according to ‘SOFR’ rates futures, is back above 5% for the first time in a month, and the amount of rate cuts priced in by the end of the year has fallen to a two-month low of 33 basis points.

The dollar also has room to rise again, note analysts at MUFG, having weakened in the final quarter of 2022 from the multi-decade peaks against most majors in the third quarter of the year.

“The sharp sell-off of the dollar in Q4 has in our view resulted in increased sensitivity to signs of US economic strength,” they say.

After all, at a very superficial level, there seems to be more room for the dollar to gain now than when it was at a 32-year peak versus the yen and its strongest ever level against sterling.

However, while currency markets might feel like the start of 2023 is just 2022 all over again, moves in other asset classes have felt a bit different.

German 10-year bond yields, which serve as a benchmark for the broader euro zone, have fallen by almost 30 bps this week thanks to lower inflation data in several European markets.

On Friday they were heading for their largest weekly decline since late October, and, according to Refinitiv data, the biggest in a year’s first week since 1977.

The relaxing of economic restrictions in China, meanwhile, helped Hong Kong’s benchmark Hang Seng Index to hit its highest level since July on Thursday. It steadied on Friday.

Key developments that may provide direction to U.S. markets later on Friday:

Thai economy may grow 4% this year on tourism – deputy PM

Thai economy may grow 4% this year on tourism – deputy PM