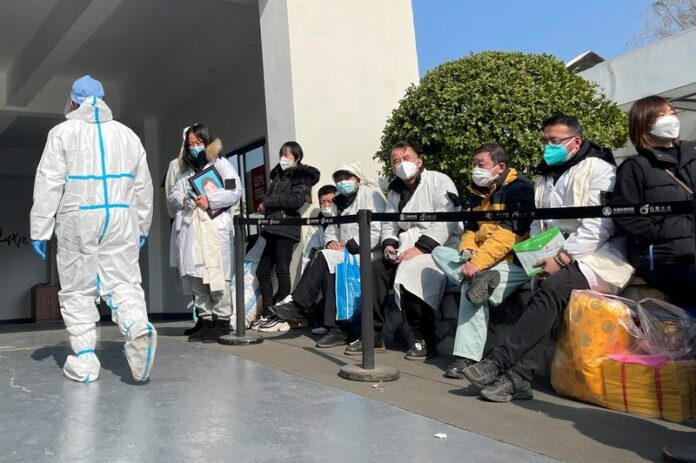 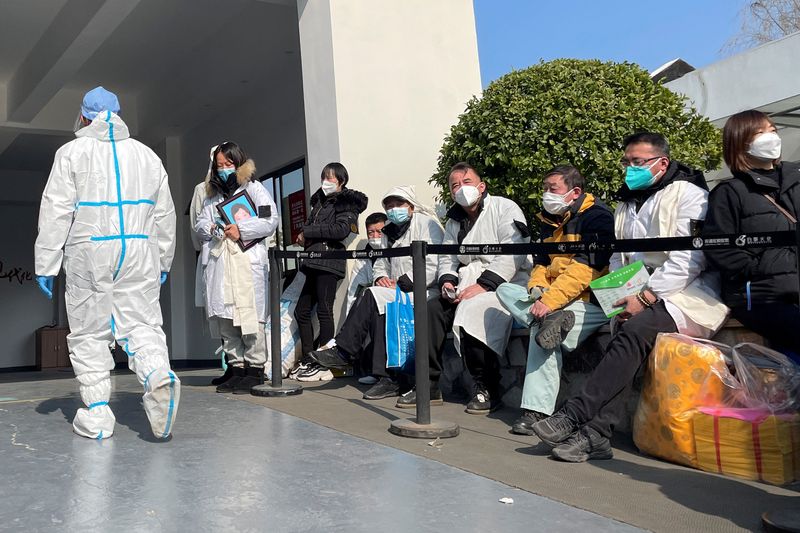 TAIPEI (Reuters) – Taiwan has again offered to provide China with assistance to help it deal with a surge in COVID-19 cases but Chinese authorities have not yet responded, official Taiwan media reported late on Thursday.

China scrapped its stringent COVID controls last month after protests against them, abandoning a policy that had shielded its 1.4 billion population from the virus for three years.

Victor Wang, Head of Taiwan’s Central Epidemic Command Centre, told the official Central News Agency it sent an email to Chinese authorities this week and asked how Taiwan could help with the surge of cases in China.

Rising cases in China has sparked concerns from the World Health Organisation that Beijing was under-reporting virus deaths.

Wang said Taiwan has also sent an email to China in early December to “remind” authorities there about an community outbreak and severe cases among children.

China, which claims the island as its own despite strong objections of the democratically-elected government, views Taiwan President Tsai Ing-wen as a separatist and has refused to talk to her administration since she took office in 2016.

In a New Year address earlier this month, Tsai for the first time offered to provide China with “necessary assistance” to help it deal with a surge in COVID cases, but said Chinese military activities near the island were not beneficial to peace and stability.

Health Minister Hsueh Jui-yuan said Taiwan could offer medication or vaccine to China but it’s not clear if Beijing would accept it, according the Central News Agency.

Taiwan and China have repeatedly sparred over their respective measures to control the spread of COVID.

China has been ramping up pressure on Taiwan to assert its sovereignty claims, including almost daily Chinese air force missions near the island over the past three years.

Taiwan vows to defend itself, saying only its people can decide their own future and that Beijing’s claims are void as the People’s Republic of China has never governed the island.