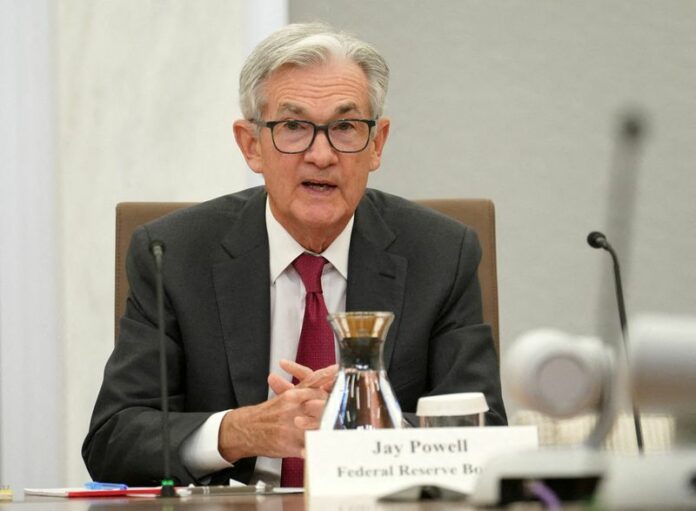 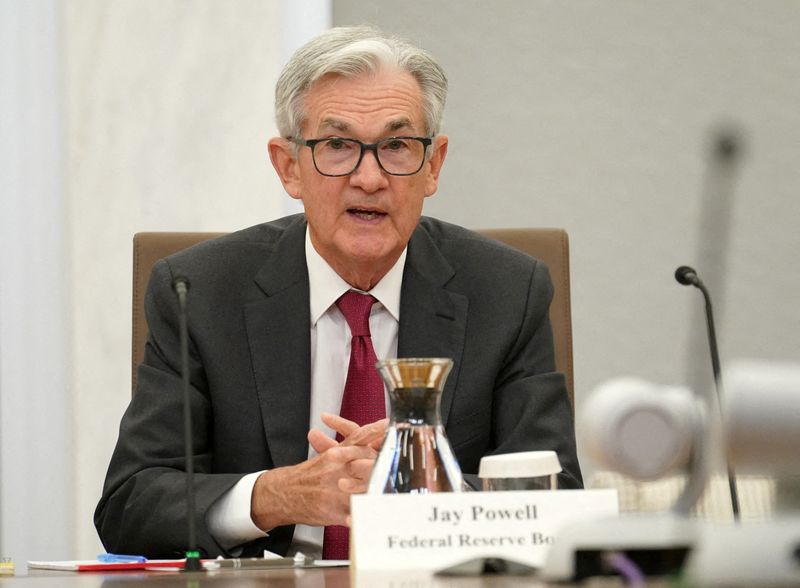 STOCKHOLM (Reuters) -The Federal Reserve’s independence from political influence is central to its ability to battle inflation, but requires it stay out of issues like climate change that are beyond its congressionally established mandate, Fed Chair Jerome Powell said on Tuesday.

“Restoring price stability when inflation is high can require measures that are not popular in the short term as we raise interest rates to slow the economy. The absence of direct political control over our decisions allows us to take these necessary measures without considering short-term political factors,” Powell said in remarks to a forum on central bank independence sponsored by the Swedish central bank.

But “we should ‘stick to our knitting’ and not wander off to pursue perceived social benefits that are not tightly linked to our statutory goals and authorities,” Powell said. “Taking on new goals, however worthy, without a clear statutory mandate would undermine the case for our independence.”

Though Powell said the Fed’s regulatory powers give it a “narrow” role to ensure financial institutions “appropriately manage” the risks they face from climate change, “we are not, and will not be, a ‘climate policymaker.'”

“Without explicit congressional legislation, it would be inappropriate for us to use our monetary policy or supervisory tools to promote a greener economy or to achieve other climate-based goals,” he said. “Decisions about policies to directly address climate change should be made by the elected branches of government and thus reflect the public’s will as expressed through elections,” he told the forum in Stockholm.

Powell’s comments, particularly about climate change, are not new.

But the restatement came in sharp terms as his first public remarks since the U.S. Republican Party installed one of its members as Speaker of the House of Representatives, and began selecting new chairs for the committees that oversee federal government operations including the Fed.

Powell, now in his fifth year as Fed chair, has put a high priority on building strong relationships with elected officials from both major U.S. parties, but faced criticism from some Republicans for, in their view, allowing the Fed to wander from its core responsibilities into areas like climate change and the economics of race.

Climate change has been a particular flashpoint.

While Powell’s view of the Fed’s role stands in contrast to major central banks in Europe that have integrated green economy efforts into their policymaking, it recognizes the more divided politics in the United States.

Powell appeared to nod to that in his comments in Stockholm.

To maintain authority over its core mission of managing inflation and demand, “we need to deserve it, and that means stick to that work and don’t look for broader things,” Powell said. “We shouldn’t be getting ahead of where the public is if there’s no specific mandate. In the case of the U.S. that’s a particularly salient point.”

There’s even disagreement within the Fed over the appropriate stance on climate risks.

When the Fed recently asked for public comment about “a high-level framework for the safe and sound management of exposures to climate-related financial risks,” Fed Governor Christopher Waller said he did not support issuing guidance on the issue because while “climate change is real…I disagree with the premise that it poses a serious risk” to financial stability.

When it comes to inflation, however, Powell said it was critical the Fed retain the ability to manage as it sees fit – raising interest rates to control inflation even if that means slower growth and higher unemployment.

Powell said he felt that principle is “well understood and broadly accepted,” in the United States, embodied in a federal law that charges the Fed with maintaining maximum employment and stable prices.