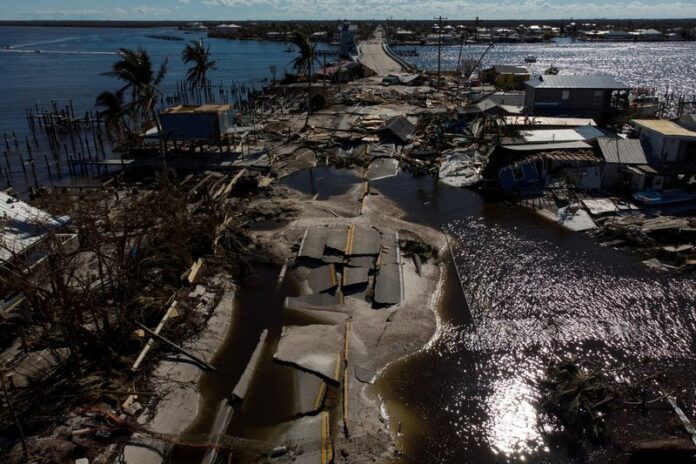 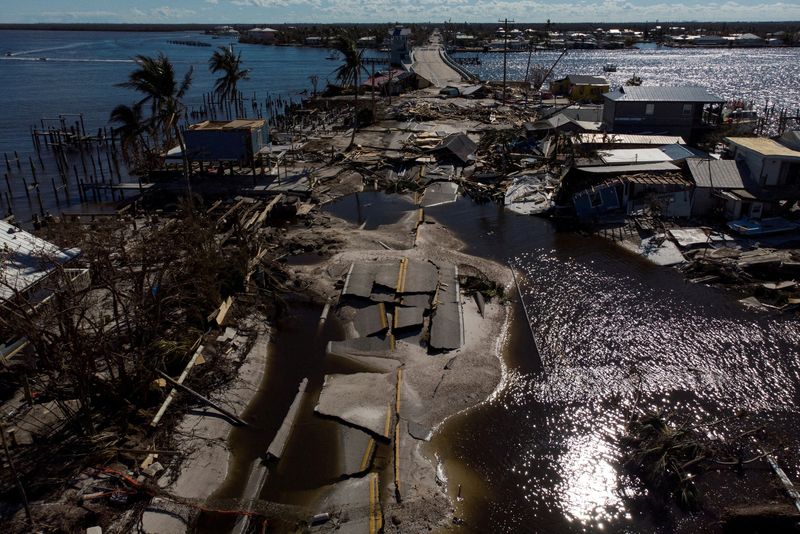 (Reuters) – There were 18 separate weather and climate disaster events in the United States last year, exceeding $1 billion each in losses, making 2022 the third-costliest year in records spanning more than four decades, a federal report showed on Tuesday.

Last year was also the third-highest disaster count ever, the Assessing the U.S. Climate in 2022 report by the National Centers for Environmental Information said.

The centers counted six severe storms, three tropical cyclones, three hail events, two tornadoes and one each for drought, flood, winter storm, and wildfire events in 2022, resulting in the deaths of 474 people.

Hurricane Ian, which devastated parts of Florida in September, was billed as the third-costliest U.S. hurricane on the 43-year record, costing $112.9 billion, while the Western/Central Drought and Heat Wave was also one of the more costly droughts on record, tallying up to $22.2 billion.

Worldwide, three of the decade’s costliest disasters, including Hurricane Ian, happened in 2022.

“There are lots of success stories in 2022 that should be highlighted. Even with Ian we saw building codes work in some of the hardest hit areas, but damage from water is still a pain point,” said Andrew Siffert, senior vice president of catastrophe analytics at re-insurance broker BMS Group.

“Another area of positive news was the California wildfire season which saw minimal loss and relatively few large fires causing insured loss the current rain is short-term good news, but will no doubt raise the future wildfire risk with fine fuel growth once the rains stop,” Siffert added.

At the U.N. climate conference in Egypt, COP27, countries reached a landmark agreement on a Loss-and-Damages fund to help poorer countries cope with climate-disaster costs, but there are no further details yet on the size of the fund.

In 2023, countries plan to meet again at the next U.N. climate summit, COP28, in Dubai, under extra pressure to hold global warming to within 1.5 degrees Celsius.