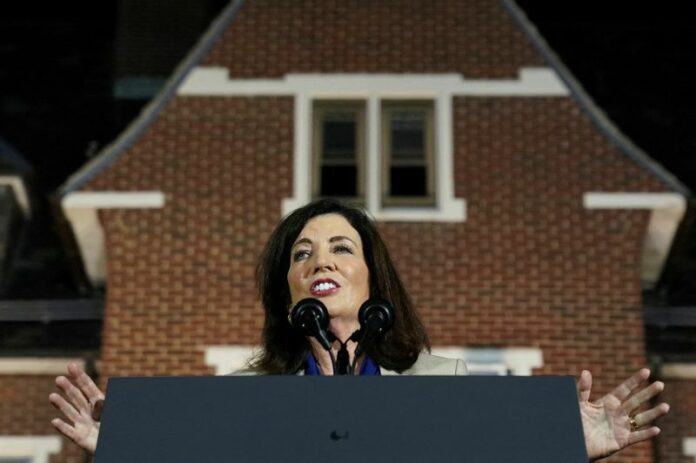 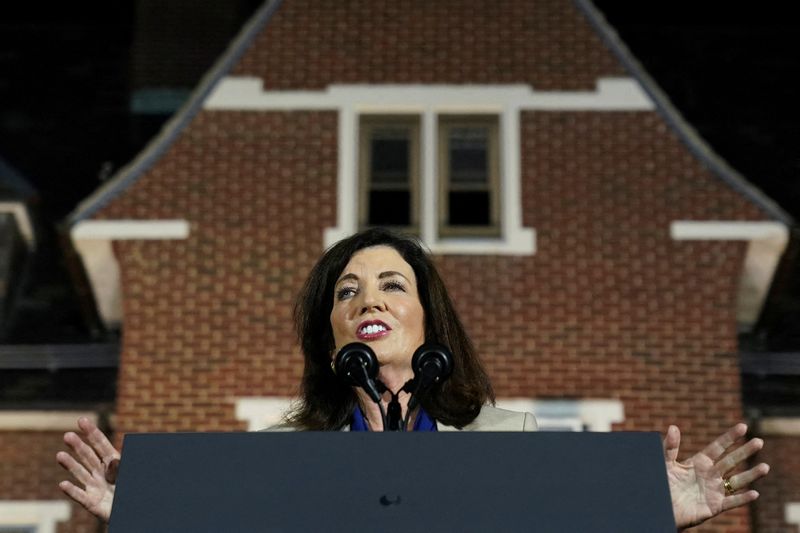 (Reuters) – New York will implement a program that sets an annual cap on pollution throughout its economy to lower emissions while aiming to bring in more than $1 billion a year, Governor Kathy Hochul said as part of her 2023 State of the State address on Tuesday.

“Big emitters will have to purchase permits to sell polluting fuels. The dirtier the fuel – the bigger the price tag,” Hochul said during the address at state Capitol in Albany, adding that the proceeds will be used to “cover utility bills, transportation costs, and de-carbonization efforts.”

The program, which reduce the emissions cap each year, will be designed by the state’s Department of Environmental Conservation and the New York State Energy Research and Development Authority in line with the state’s mandate to achieve emission cuts of 40% from 1990 levels by 2030, and of 85% by 2050.

Large-scale greenhouse gas emitters and distributors of heating and transportation fuels will have to buy permits for each metric ton of emissions associated with their activities, pushing them to transition to less-polluting alternatives, the governor’s office said.

New York is among the 12 northeastern states participating in a cap-and-invest style program, the Regional Greenhouse Gas Initiative, since 2005, which has helped halve power plant emissions and raised nearly $6 billion, it said.