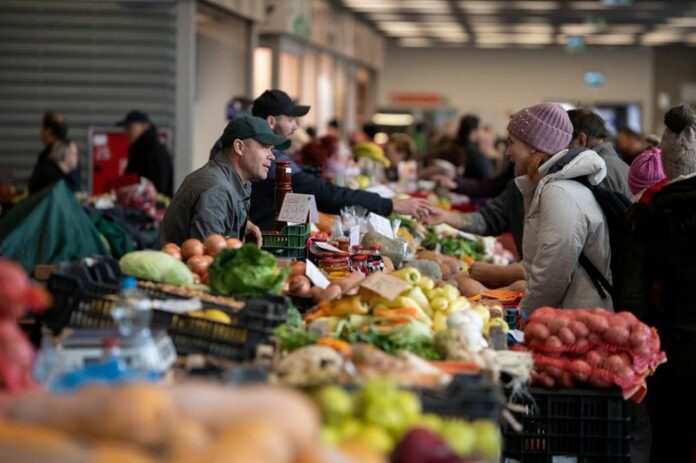 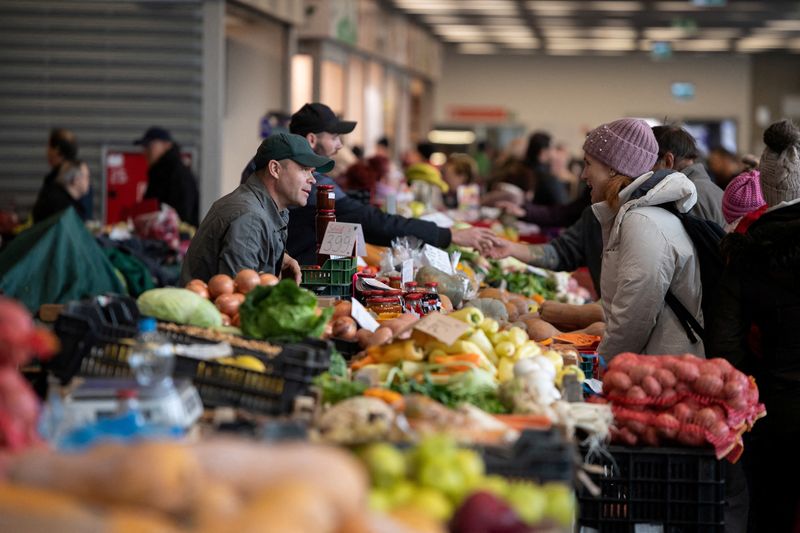 By Luiza Ilie and Gergely Szakacs

The relatively modest move consolidated a view among economists that the region, which was at the forefront of a global tide of policy tightening to arrest a once-in-a-generation surge in prices, is turning the page on rate rises.

The Romanian central bank said slower economic growth and cheaper energy would help bring inflation down to single digits this year from over 16% now, earlier than previously forecast.

Since June 2021, Poland and the Czech Republic have hiked rates by nearly 700 bps apiece while Hungary’s central bank has raised by more than 1,200 bps to set the highest benchmark for borrowing costs in the European Union.

The consensus forecast of economists polled by Reuters between mid-December and early January projects no more rate rises in Poland, Romania, the Czech Republic or Hungary.

“We consider the hiking cycle in the region to be over,” economists at ING said. “So the main question is when inflation in the region will fall enough that central banks will be willing to start normalising monetary conditions.”

Czech and Polish bank governors have not slammed the door completely on more rate increases and some investors have outside bets on more tightening in Romania, whose central bank, possibly mindful of Hungary’s ill-fated example last year, has not stated whether rate hikes have ended.

But those views are in the minority. Last month’s downside inflation surprise in Poland, the region’s biggest economy, even led Societe Generale (OTC:SCGLY) analyst Marek Drimal to reverse his call for more rate rises in the first quarter and pencil in a 50 bps cut in October instead.

Economists see most room for possible cuts in Hungary and the Czech Republic, the latter having seen a nearly 10% fall in real wages based on the latest data. Its crown currency scaled a 12-year-high this week, eclipsing others in the region.

Inflation is still expected to rise in early 2023 in some central European countries, based on central bank forecasts, before returning to single-digit territory by year-end. Strong underlying pressures mean it is nevertheless still on track to significantly exceed their targets.

However, some economists note that recent falls in energy costs, a main driver of last year’s price surges in import-reliant central Europe, could paint a more benign picture of headline inflation going forward.

“This will help to improve external positions and lower inflation pressures in Central and Eastern Europe.”

** For an interactive graphic:

Even so, the disinflation process will be fraught with risks, including a possible reversal around year-end of the fall in real wages, a shallow recession that leaves some of the EU’s tightest labour markets relatively unscathed, and inflation expectations becoming entrenched above central bank targets.

Despite Governor Adam Glapinski saying last week that the central bank could lower rates late this year, most economists polled by Reuters see no room for easing, with Poland projected to run one of the highest emerging market inflation rates at the end of 2023 according to Capital Economics.

Repricing activity at the start of the year will be another critical factor determining the pace of disinflation, the Hungarian central bank said last month after finding that hefty price hikes across the region helped companies not only maintain but sharply increase their profitability despite big cost rises.

“The picture is completely different (to what we had expected). Even though energy imports and raw materials became more expensive, gross operating income even increased in several sectors,” bank Director Andras Balatoni told Reuters.

A trio of rate-setters at the Czech central bank’s December meeting also said a significant rise in prices in January would justify a rate increase, although economists at Komercni Banka say declining demand could make it increasingly hard for companies to jack up prices further.

As central banks delve deeper into a terrain littered with such pitfalls, the risk of a policy misstep could rise.

“Whether or not central banks act too quickly to ease policy will depend to a large extent on the health of domestic demand and labour markets,” Capital Economics’ Peach said.

“Given the dovish bias around the growth-inflation trade-off at Poland’s central bank, we think the risk of premature policy easing is greatest there.”

He added, however, that the low but “underappreciated risk” of faster disinflation could open the door to steeper rate cuts in the region than markets currently expect.