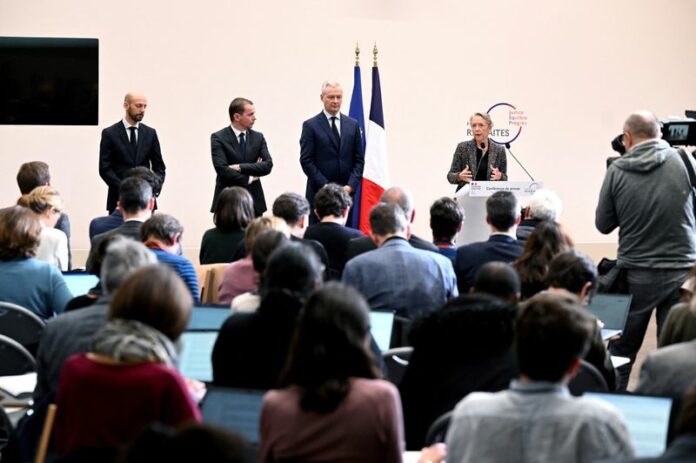 French unions gear up for fight against delayed retirement 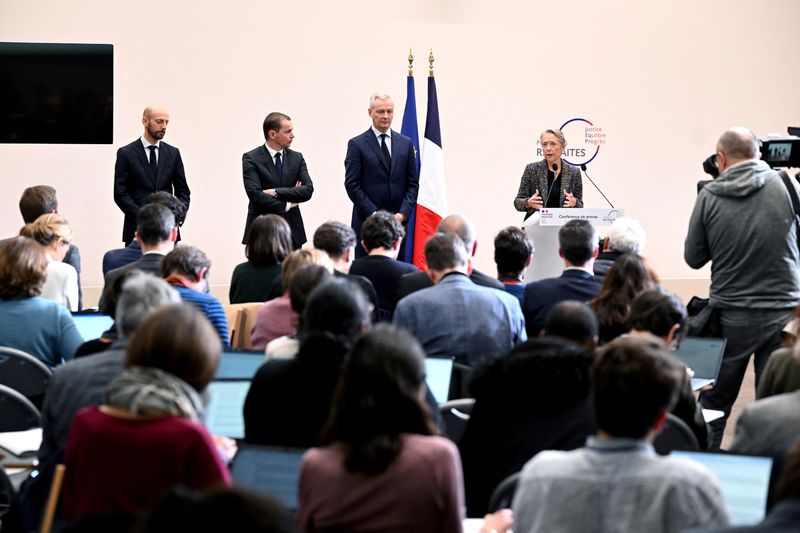 By Noemie Olive and Ingrid Melander

PARIS (Reuters) – French unions and opposition parties on Wednesday said they would fight hard to try to derail a highly unpopular plan to make people work longer before receiving a pension.

President Emmanuel Macron’s government, in turn, said it wasn’t afraid of a nationwide call for strikes and protests on Jan. 19 and would carry on with its plan.

The French will have to work two years longer to age 64 before retiring, if the reform, announced on Tuesday, is adopted by parliament. They will also need to work longer to get a full pension.

“We will fight so that this unfair reform is rolled back,” the leader of the moderate CFDT union Laurent Berger told France Inter radio.

Much will depend on the success of this first day of strikes and protests, and of other actions that will follow.

France has a decades-long history of attempts to reform its pension system – one of the most generous and costly in Europe – and of protests to try to stop them.

That worked in 1995, when millions took to the street in what were the country’s most disruptive social protests since May 1968. But several other pension reforms have gone through since despite protests.

Philippe Martinez, of the hardline CGT union, said he hoped unions could rally even more protesters than in 1995.

“If the workers so decide, France will be brought to a standstill,” he told BFM TV.

On the streets of Paris, several workers said they were against the reform.

“I started work when I was 18 and I’m tired,” said 57-year old accounts department worker Francesca Lemolt. “I don’t understand the principle of making people work longer when there are lots of young people looking for work.”

The government, however, said it would stand its ground.

“I’m not afraid,” government spokesman Olivier Veran said, adding that all the government was doing was trying to balance the pension system’s accounts.

It is unclear how many of those who oppose the reform – as many as 80% of voters according to opinion polls – are ready to go on strike or take to the streets.

The anti-government yellow vest movement, largely dormant since violent street protests in 2018 and 2019, saw low turnout at a rally on Saturday.

Unions will in any case get the support of the left-wing Nupes coalition in parliament, which urged workers to protest on Jan. 19.

But what matters much more to the government, which lost its absolute majority in the lower house of parliament last year, will be what the conservative Les Republicains do.

They would bring enough votes to get the reform adopted, and confirmed on Wednesday that there was much they liked about it – though they would wait to see the details.

The government will formally adopt the proposal at a Jan. 23 cabinet meeting, before it goes to parliament. It hopes the changes can come into force in September.

Under its plan, the retirement age will be raised by three months per year from September, reaching the target age of 64 in 2030.

From 2027, eight years earlier than planned in past reforms, it will be necessary to have worked 43 years to receive a full pension.