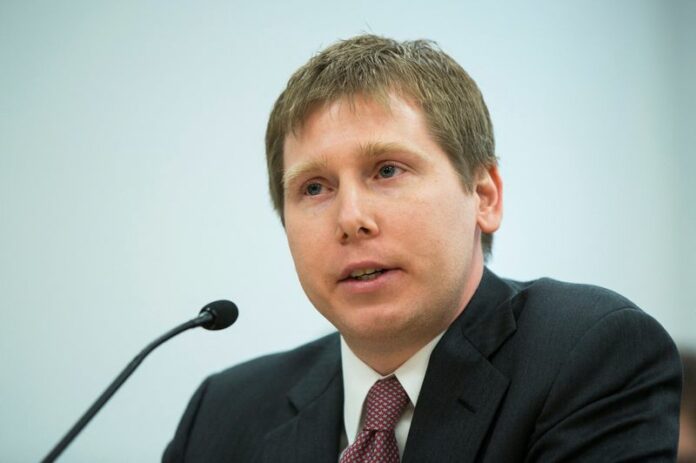 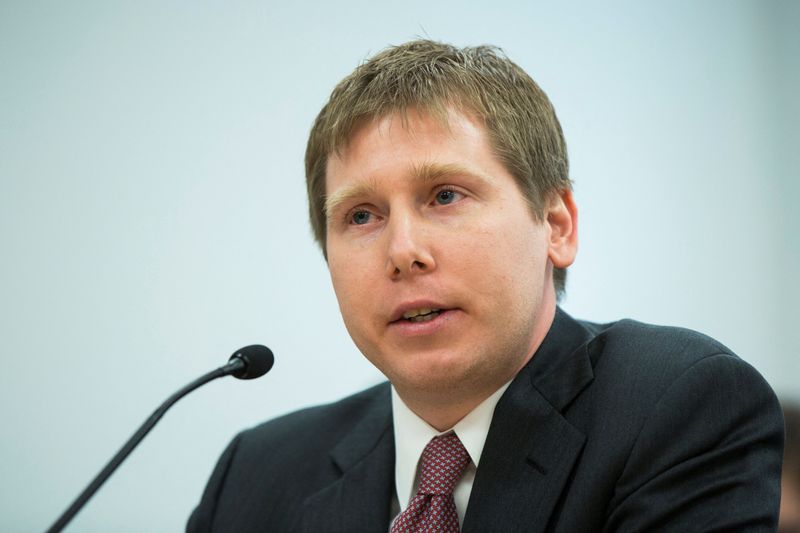 By Niket Nishant and Hannah Lang

(Reuters) -Cameron Winklevoss, co-founder of cryptocurrency exchange Gemini, called for the removal of Digital Currency Group Inc Chief Executive Barry Silbert on Tuesday, amid tensions between the high-profile executives in the wake of the FTX collapse.

In his open letter to the DCG board, Winklevoss said Genesis and DCG had “defrauded” some 340,000 Earn users.

“There is no path forward as long as Barry Silbert remains CEO of DCG,” Winklevoss wrote. “He has proven himself unfit to run DCG and unwilling and unable to find a resolution with creditors that is both fair and reasonable.”

In a statement, a DCG spokesperson called Winklevoss’ allegations “malicious, false and defamatory” and said the company was “preserving all legal remedies in response.”

“This is another desperate and unconstructive publicity stunt from Cameron Winklevoss to deflect blame from himself and Gemini, who are solely responsible for operating Gemini Earn and marketing the program to its customers,” said the spokesperson.

A Genesis spokesperson said in a statement that the company was disappointed that Gemini was “waging a public media campaign despite ongoing productive private dialogue between the parties.”

“We remain focused on finding a solution for our borrowing and lending intermediation business and reaching the best outcome for all affected Genesis lending and Gemini Earn clients,” said the spokesperson for Genesis.

The latest development comes a week after Winklevoss penned another open letter to Silbert, accusing him of engaging in “bad faith stall tactics.”

DCG owes $1.675 billion to the crypto lending arm of its subsidiary Genesis, according to a November letter Silbert sent to shareholders.

That includes a $1.1 billion promissory note that appears to be connected with liabilities DCG assumed from Genesis after the latter was hit hard by the collapse of Singapore-based crypto hedge fund Three Arrows Capital.

Winklevoss alleged in his letter on Tuesday that Silbert had misrepresented the liabilities DCG said it had assumed from Genesis related to the money that Three Arrows Capital owes Genesis.

“Beginning in early July 2022, Barry, DCG, and Genesis embarked on a carefully crafted campaign of lies to make Gemini, Earn users, and other lenders believe that DCG had injected $1.2 billion of actual support into Genesis,” Winklevoss said.

Genesis slashed 30% of its workforce last week in a second round of layoffs in less than six months, citing “unprecedented industry challenges.”

Gemini has formed a committee of creditors to recoup the funds it says it and others are owed from Genesis. That committee has hired Kirkland & Ellis as counsel and Houlihan Lokey (NYSE:HLI) as a financial advisor.