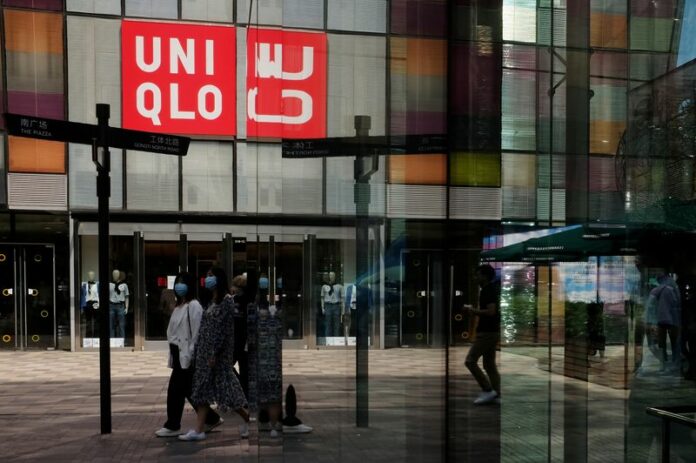 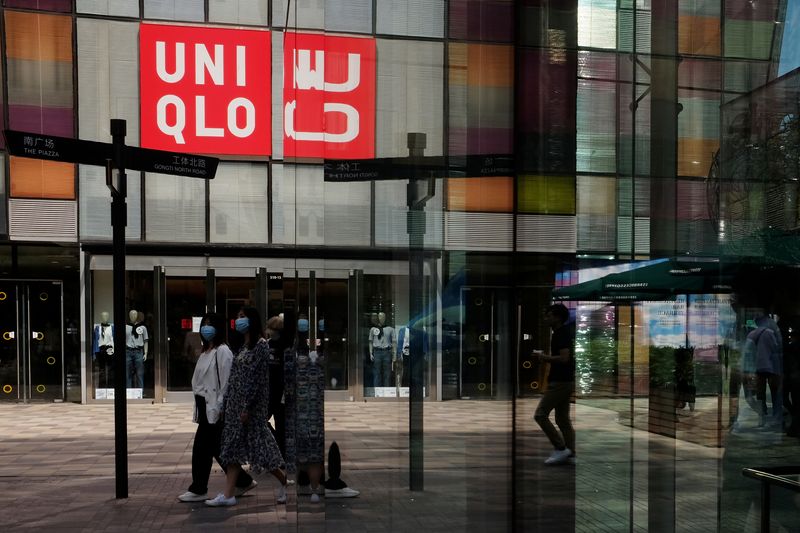 TOKYO (Reuters) – Uniqlo parent Fast Retailing Co Ltd on Wednesday said it would raise wages by as much as 40%, a clear sign that Japan’s rock-bottom salaries may be starting to budge after decades of deflation and cost-cutting.

The move by the casual clothing giant is likely to heighten focus on worker pay ahead of annual spring labour negotiations, although it looks unlikely that the rest of Japan Inc will deliver increases on the same scale.

Prime Minister Fumio Kishida has repeatedly called for companies to increase wages, a plea that has gained urgency as prices have surged, leading to once-unthinkable increases in the cost of everything from food to fuel.

The poor state of pay has become arguably the greatest problem for the world’s third-largest economy. In dollar terms, average annual pay in Japan was $39,711 in 2021, well below the OECD average of $51,607 and little changed from the early 1990s.

“Fast Retailing aside, there have been a number of companies that up to last year have significantly boosted their rate of pay increases. That’s a positive factor for the Japanese economy,” said Taro Saito, executive research fellow at NLI Research Institute.

Still, he cautioned that Fast Retailing’s case was that of one company with the wherewithal to afford sharp increases, which was not true of many other Japanese companies.

Fast Retailing’s move marked the first time in at least 20 years that the company, which operates more than 3,500 clothing stores worldwide, would revise remuneration across its entire group, said spokesperson Pei Chi Tung.

The change was aimed at making the company’s work style and remuneration more globally competitive, she said, adding that there was an “urgent need” to raise pay in Japan, where it has remained low compared with overseas operations.

The wage announcement comes a year after the company said it would have to raise prices for some products due to higher costs for materials and shipping. This year it increased prices of fleece goods and down jackets in its autumn-winter product lines, in what was seen as something of a turning point for consumers.

Uniqlo’s ability to meet Japanese consumers’ zealous demand for both relatively high quality and low prices has made it known for its “cosupa” – cost performance – turning the maker of 2,990 yen fleece jackets and 3,990 yen selvedge jeans into a global retailer and making founder Tadashi Yanai Japan’s richest man.

But, like other Japanese companies, it is also grappling with a shrinking labour pool at home.

“We believe this is probably down to inflation and Japan’s tight labour market,” said Oshadhi Kumarsasiri, an analyst at Lightstream Research who publishes on the Smartkarma platform.

“In addition, the company’s aggressive expansion plans in markets such as the U.S. and Europe would mean that they will need to deploy some of the trained senior staff from Japan into those markets.”

Fast Retailing’s overall personnel costs in Japan would rise about 15% from the previous year, taking into account a previous hourly wage hike for part-time workers, with the expense absorbed by productivity improvement, Tung, the spokesperson, said.

Meanwhile, drinks maker Suntory Holdings has said it is looking at raising wages more than 6%, while Honda Motor Co Ltd has said it wants to tackle wage increases “aggressively”.

The question is whether overall increases will be enough to compensate for recent spikes in food and other consumption items.

“We believe that the best way to address the current increase in prices is to realise continuous increases in wages.”

Fast Retailing is due to post first-quarter earnings on Thursday. It reported record profit for the year through to August, as growth in North America and Europe compensated for a slump in its largest overseas market, China, which had been slowed by pandemic containment measures.

The company’s share price rose 1.4% in Tokyo trade, versus a 1% advance in the benchmark Nikkei index.