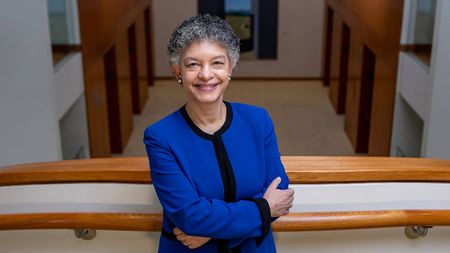 The Federal Reserve Bank of Boston’s president, Susan M. Collins, stated that she was leaning toward raising interest rates by a quarter point at the central bank’s next meeting in an interview with the New York Times today.

A potential quarter-point rate hike would represent a slowdown and move towards a normal pace of monetary policy, following a year of aggressive hikes to control soaring inflation.

There were recently four consecutive three-quarter point adjustments, but the Federal Reserve slowed down in December with a half-point increase.

In recent days, a few of the Fed’s regional presidents have suggested an even smaller adjustment could be possible when the Fed makes its next decision on February 1.

Collins said in the interview with the NYT that she thinks “25 or 50 would be reasonable,” and that she would “lean at this stage to 25, but it’s very data-dependent.”

She added that adjusting slowly “gives more time to assess the incoming data” before they make each decision. “Smaller changes give us more flexibility,” stated Collins.

Ms. Collins is one of the Central Bank’s 12 regional presidents and one of the 19 policymakers. However, she does not have a formal vote on rate changes this year but will join in deliberations.

Nevertheless, Collins said she favors raising interest rates to just above 5% this year.