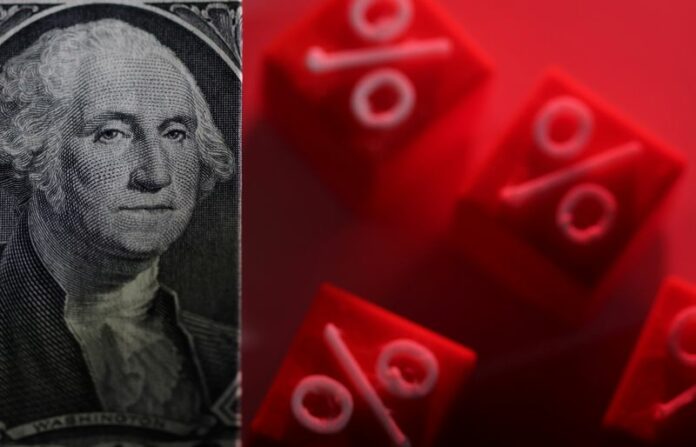 NEW YORK (Reuters) – The Federal Reserve will likely hike its target interest rate for the last time at its Jan. 31-Feb. 1 monetary policy meeting, raising it by 50 basis points (bps) to a range of 4.75%-5.00%, HSBC said in a research note on Wednesday.

The bank also expects about 50 basis points in rate cuts from the U.S. central bank next year.

The U.S. rate futures market though has priced in two 25-basis-point hikes in February and March. The peak fed funds rate is seen hitting just under 5% at the June policy meeting.

The Fed last year raised its benchmark overnight interest rate by 425 basis points from the near-zero level to the current 4.25%-4.50% range, the highest since late 2007. Last month, it projected at least an additional 75 basis points of increases in borrowing costs by the end of this year.

Atlanta Fed President Raphael Bostic and San Francisco Fed President Mary Daly said this week that the policy rate needs to rise to a 5.00%-5.25% range to curb inflation that, by the U.S. central bank’s preferred gauge, is running almost three times its 2% target.

Fed policymakers overall said they are encouraged by the recent slowdown in jobs and wages, suggesting it is likely that inflation will continue slowing.

But they are hesitant to halt the rate hikes or reduce the size of the increases too soon without inflation under control. That could ultimately force the Fed to raise borrowing costs further.

In the research report, HSBC also said it anticipates the European Central Bank will deliver 50-basis-point rate increases in February and March, taking the deposit rate to 3% where it is expected to stay for the foreseeable future.

The ECB has tightened rates by a total of 2.5 percentage points since July and promised “a steady pace” of hikes over the coming months, but some of its officials have started to argue that rates may be nearing their peak given a looming recession.

Finnish central bank chief Olli Rehn said on Wednesday the ECB must still raise rates “significantly” over its coming meetings to restrict economic growth and dampen inflation, which has been far too high.

Strikes over pensions to disrupt public transport in France on Tuesday

Strikes over pensions to disrupt public transport in France on Tuesday