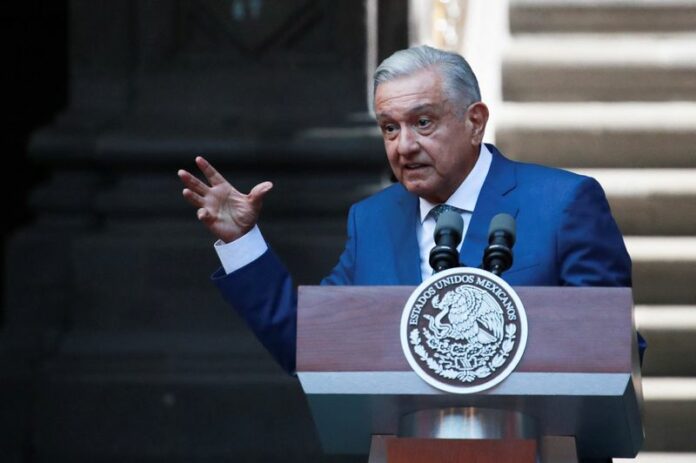 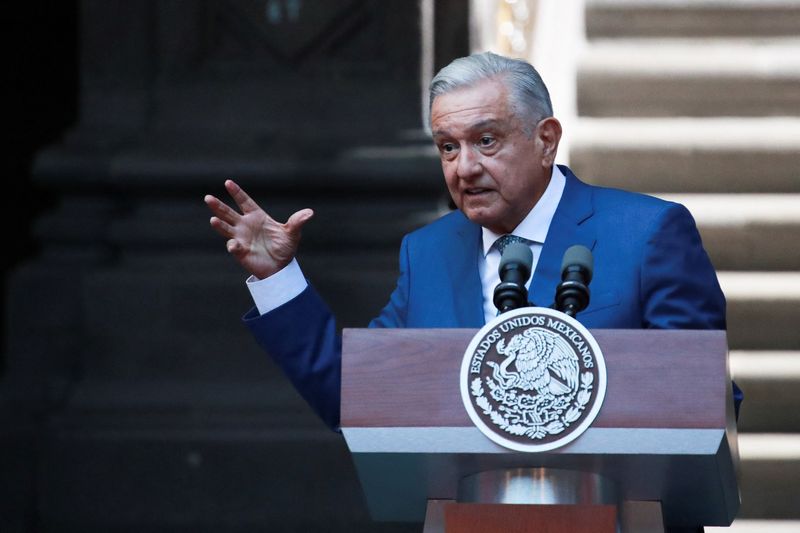 MEXICO CITY (Reuters) -The leaders of North America did not discuss an ongoing dispute over Mexico’s energy policies during a summit in Mexico City this week, Mexican President Andres Manuel Lopez Obrador said on Thursday.

Washington and Ottawa in July launched dispute settlement proceedings under a regional trade deal against Mexico’s drive to give priority to its state-run energy companies, arguing the policy discriminates against private U.S. and Canadian firms.

“We did not discuss that,” Lopez Obrador told a news conference, noting the dispute had its own resolution mechanism under the United States-Mexico-Canada (USMCA) trade agreement.

Lopez Obrador met with U.S. President Joe Biden and Canadian Prime Minister Justin Trudeau for a trilateral summit on Tuesday in Mexico City. He also held a bilateral meeting with Biden on Monday and one with Trudeau on Wednesday.

Trudeau did raise Canada’s concerns over Mexico’s energy policies, prompting Lopez Obrador to announce he would receive Canadian companies that had problems they wanted resolving.

The Mexican president said he would meet with one Canadian company that had an issue on electricity relating to so-called self-supply permits, which his government has sought to end.

He did not name the company, and said there were also “one or two” companies to do with mining, without identifying them. He could meet the company with the electricity complaint as soon as next week, he said.

Lopez Obrador last year sat down with U.S. companies to address their problems in the energy sector.

But it did not prevent the U.S. Trade Representative filing its request for dispute settlement talks, which Canada immediately joined. Officials and industry sources said the United States took the step because it was not satisfied with purely ad hoc settlements for their energy concerns.