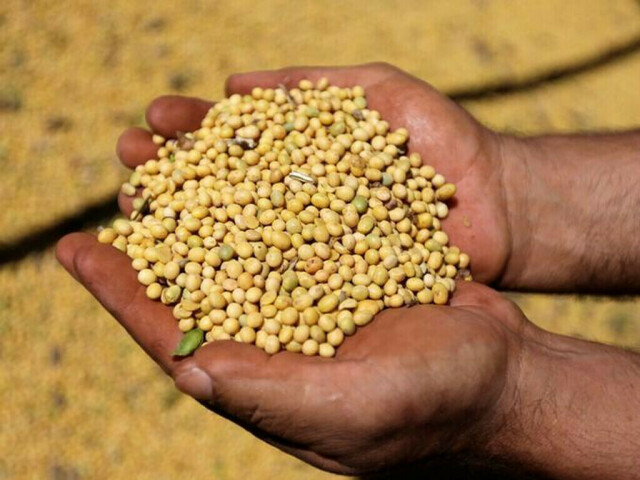 SINGAPORE: Chicago soybean futures gained more ground on Thursday, rising to their highest in more than a week, after a grains exchange sharply reduced its forecast for Argentina’s crops, raising concerns over global supplies.

Wheat slid, falling for four in five sessions, while corn dropped for the first time in three sessions in position squaring ahead of key US government crop reports due later in the day.

Argentina’s Rosario Grains exchange sharply cut its forecast for the country’s 2022/23 soybean harvest to 37 million tonnes from a previous forecast of 49 million, it said on Wednesday, as the country faces its worst drought in 60 years.

Hot and mostly dry weather is expected across two-thirds of Argentina’s crop belt over the next 10 days, heaping further stress on the drought-hit region, according to the Commodity Weather Group.

The US Department of Agriculture (USDA) is expected to reduce its corn and soybean production outlook for Argentina, in reports due at 1700, but also raise the estimate of US grain and soybean supplies.

CBOT soybeans may retest support at $14.80

However, Brazilian farmers are poised to reap a much larger soybean crop than last season in spite of dryness in southern parts of the South American country and a slow start to the harvest in the center-west region due to rains.

Growers in Brazil are on course to produce a record 153.4 million-tonne crop, agribusiness consultancy Agroconsult forecast on Wednesday, as it finishes preparations for a planned field expedition that will survey farms across 12 states accounting for 95% of national output.

Demand for US soybeans is expected to wind down seasonally as a bumper Brazilian harvest is due to flood the market in the coming weeks.

The USDA on Wednesday reported 124,000 tonnes in old-crop US soybean sales to undisclosed buyers.

It was the third daily soybean sales announcement in four trading days.