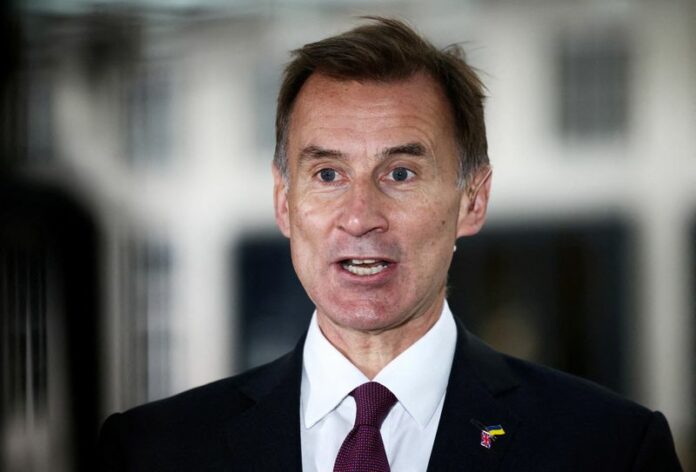 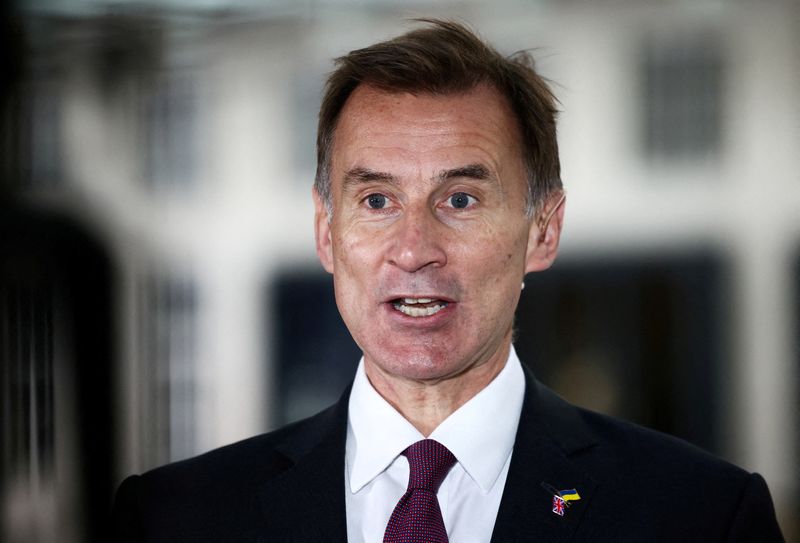 LONDON (Reuters) – British finance minister Jeremy Hunt said sticking to a plan to halve inflation would help the economy grow again after official data showed gross domestic product rose 0.1% in November, a better result than had been expected by economists.

“The most important help we can give is to stick to the plan to halve inflation this year so we get the economy growing again,” Hunt said in a statement on Friday.