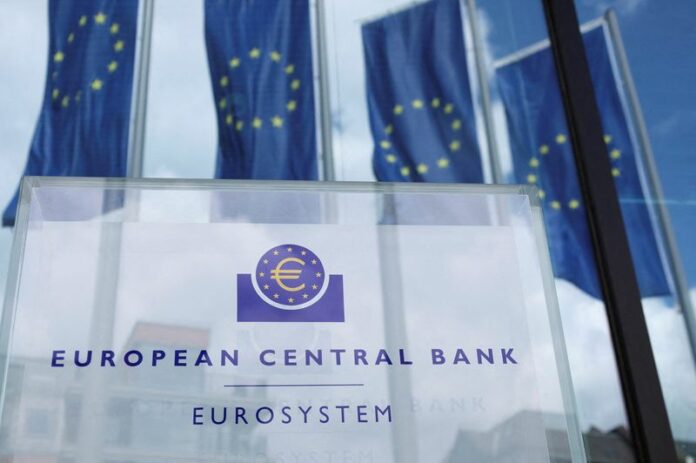 ECB tells bankers to get picky with risky clients, including hedge funds

FRANKFURT (Reuters) – Euro zone banks must be more selective with customers that make risky bets on financial markets, such as hedge funds, and become more prudent in how they manage their exposure to them, the European Central Bank said on Friday.

The ECB’s move shows how regulators are stepping up scrutiny of the role of non-banks, a sector which has grown to represent roughly half the world’s financial system.

The so-called non-bank sector ballooned after the global financial crisis as mainstream banks became more heavily regulated and its size is estimated at around $240 trillion according to the G20’s Financial Stability Board.

The non-bank market has pockets of opaque “hidden leverage”, where non-banks – such as hedge funds or trading companies – borrow from banks to operate and access liquidity.

The ECB’s top supervisor Andrea Enria on Friday urged banks to be more demanding with such clients and say no when a deal is too risky.

“A client’s failure to provide information should result in a more conservative approach to collateral, margining and limits, or even rejection or offboarding of clients,” Enria said in a blog post.

He said the ECB had found that a low interest rate environment had “incentivised some banks to increase the volume of capital market services provided to riskier and less transparent counterparties, including non-bank financial institutions, such as hedge funds and family offices.”

After the collapse of the Archegos family office in 2021 caused large losses for Credit Suisse and others, the ECB carried out a review of how euro zone banks manage the risk of a client defaults on a derivative contract.

The bank also looked at links between banks and commodity traders and energy companies following volatility in those markets due to Russia’s war in Ukraine.

Enria said the ECB had found “some progress” but also “several material shortcomings”, ranging from how much collateral banks demand from these clients to the legal terms of their contracts.

He said the ECB “will use the full spectrum of supervisory tools to ensure that supervised banks promptly address weaknesses”.

The ECB can make so-called “qualitative” demands, such as that a bank tightens its checks, but also increase a bank’s capital and liquidity requirements if the ECB feels its requests have not been taken on board.

Enria said the ECB’s review also found that legal terms of derivatives contracts “appeared to have been relaxed under commercial pressure” and early warning indicators, such as punctuality in collateral payments, were not always heeded.

He told banks to carry out internal “stress tests” for this so-called credit-counterparty risk and “fire-drills” of their ability to close their relationship with a client when it has gone sour.