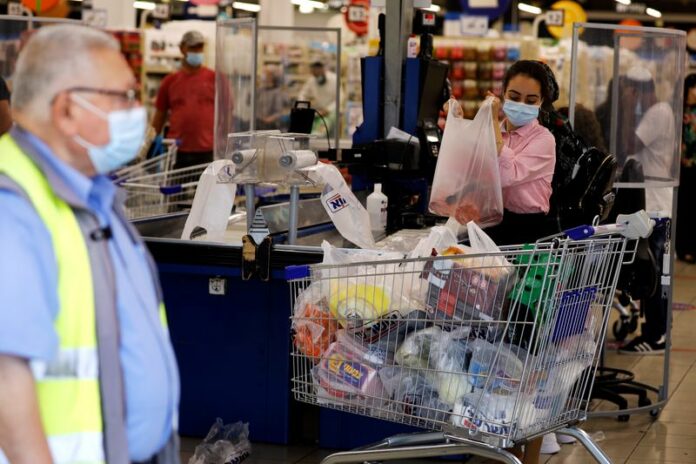 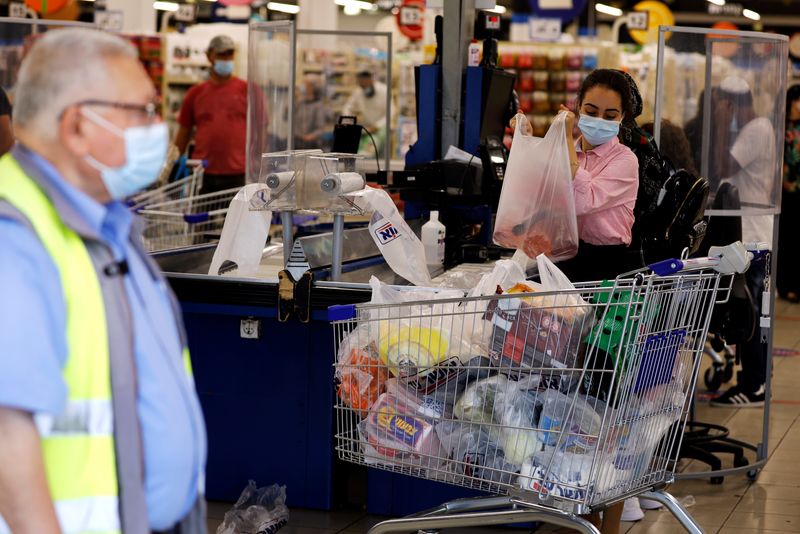 © Reuters. FILE PHOTO: A woman organises goods at the cashier of a supermarket, ahead of the Jewish New Year holiday and the upcoming tighter restriction to prevent the spread of the coronavirus disease (COVID-19) in Ashdod, Israel September 16, 2020. REUTERS/Amir C

JERUSALEM (Reuters) – Israel’s Manufacturers’ Association on Sunday proposed tax cuts on food along with a host of other measures aimed at strengthening Israeli economic competitiveness and dealing with the country’s high cost of living.

The Association’s economic plan, submitted to Israel’s prime minister and ministers of finance and economy, proposed cutting the value added tax (VAT) on food to 9%, the average for OECD countries, from 17%.

The group, which represents some 1,500 firms and 400,000 workers, also proposed increasing state funding for research and development to 0.5% of business output and reducing excess regulation by 25%, along with vocational training to increase labour productivity.

If implemented, the Association said the measures would allow the manufacturing industry to invest in innovation and workforce development, drive sustainable growth and maintain Israel’s global competitiveness.

Association president Ron Tomer said the economy had begun to slow while employment levels were declining and production costs were on the rise. But he noted inflation and economic activity were better in Israel than in countries Israel competes with in foreign trade.

“We must take advantage of these relative advantages in order to lead the Israeli economy to growth already this year,” he said. “The government must formulate an orderly economic and social plan that will support this.”

Israel’s new government is in the process of drafting a 2023 budget that must be fully approved by lawmakers by May.

Incoming economy minister Nir Barkat has said he intends to ease the “unbearable load” on businesses in Israel, declaring a “war on regulation”, which he called “a cancer on the economy”.