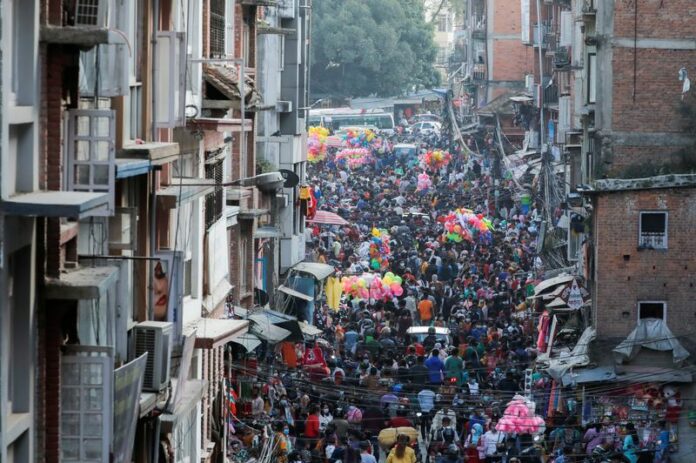 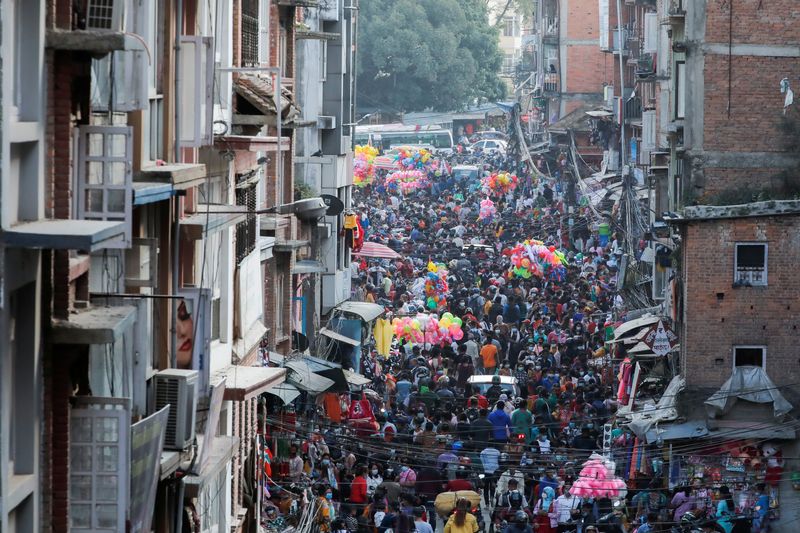 © Reuters. FILE PHOTO-Shoppers crowd at a market in Lagankhel, one of the busiest market in the country, during “Dashain”, the biggest religious festival of Hindus, amid the coronavirus disease (COVID-19) outbreak in Lalitpur, Nepal, October 8, 2021. REUTERS/Navesh

KATHMANDU (Reuters) – Nepal’s inflation eased to 7.38% in the month to mid-December, the lowest in about eight months, as prices of food and beverages dipped, official data showed on Friday.

Data from the Nepal Rastra Bank (NRB) showed overall inflation in the month to mid-December was lower than the previous month’s 8.08% but higher than 7.11% in the same period a year earlier.

Other NRB data showed remittances from about five million Nepalis working mainly in the Middle East, Malaysia and Korea jumped 13.1% to $3.71 billion.

Nepal’s economy, dependent on remittances, aid and tourism, saw its earnings from tourism jump 64.0% as of mid-December as tourists returned to the Himalayan nation, home to eight of the world’s 14 highest mountains including Mount Everest.