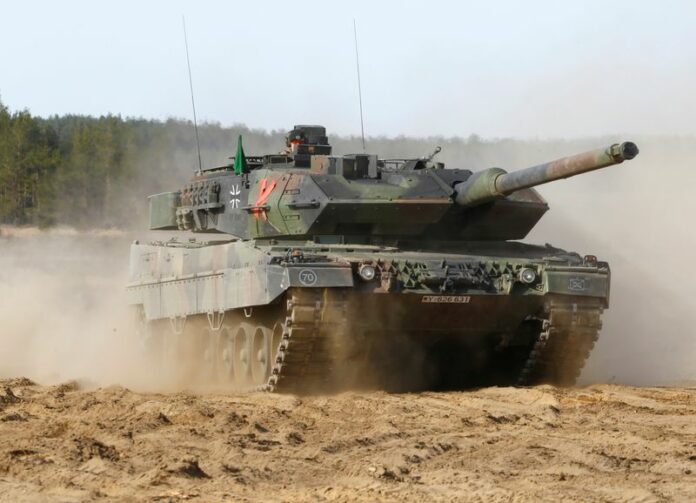 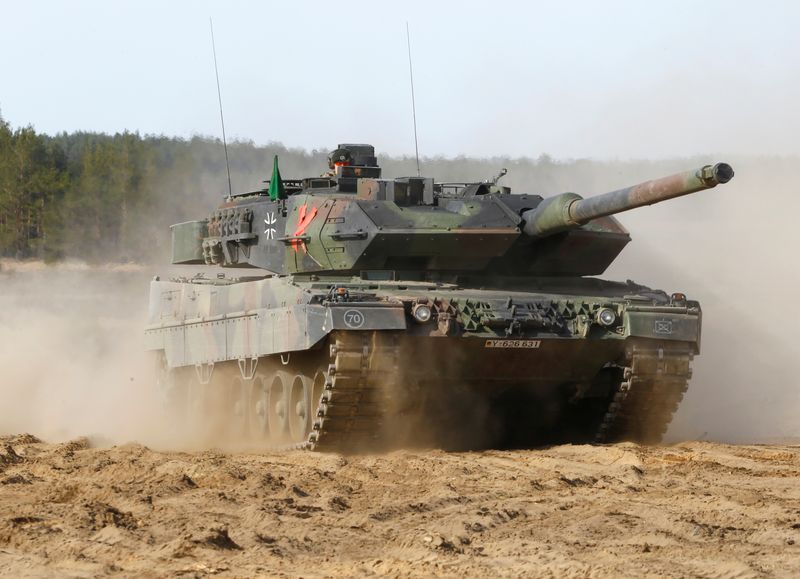 BERLIN (Reuters) -German armsmaker Rheinmetall could deliver repaired Leopard 2 battle tanks to Ukraine in 2024 at the earliest and would need a confirmed order to begin repairs, its chief executive was quoted as saying by Bild newspaper on Sunday.

Germany announced earlier this month that it would provide Ukraine with 40 Marder infantry fighting vehicles to help repel Russian forces.

But Kyiv has also requested heavier vehicles such as the Leopards, which would represent a significant step-up in Western support to Ukraine. Still, Economy Minister Robert Habeck said earlier this month delivering the Leopard tanks could not be “ruled out”.The German army has only around 350 Leopard 2 tanks today, compared to some 4,000 battle main tanks at the height of the Cold War.

For Rheinmetall, repairing the tanks it has in stock – at least 22 Leopard 2 tanks and 88 Leopard 1 tanks – would cost several hundred million euros, Papperger told Bild.

“The vehicles must be completely dismantled and rebuilt,” he added.

The firm also has 100 Marder vehicles, Papperger said, but these would also need repairs taking seven to eight months before they could be used.

Rheinmetall did not respond to an emailed request for comment on Sunday.

Germany has become one of Ukraine’s top military supporters in response to Russia’s invasion after last year, overcoming a taboo that is rooted in its bloody 20th century history on sending weapons to conflict zones.

Still, critics say German Chancellor Olaf Scholz and his ruling SPD are too slow, waiting for allies to act first instead of assuming Germany’s responsibility as the Western power closest to Ukraine.

Germany’s defence industry is banned by law from producing tanks for stock-keeping. Even if production were ramped up, experts say it could take at least two years for new tanks to be ready for use.