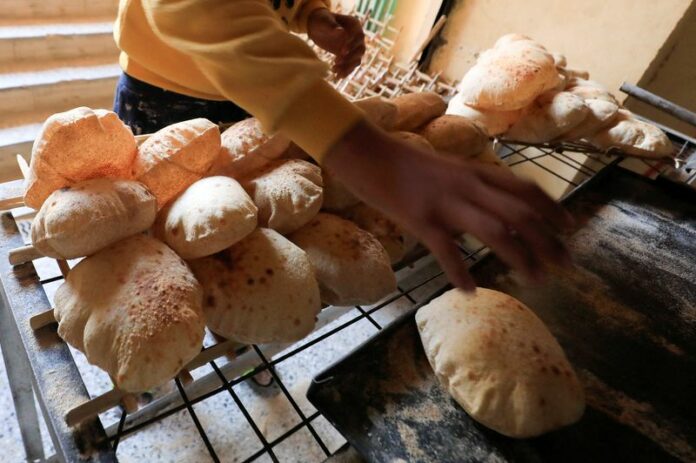 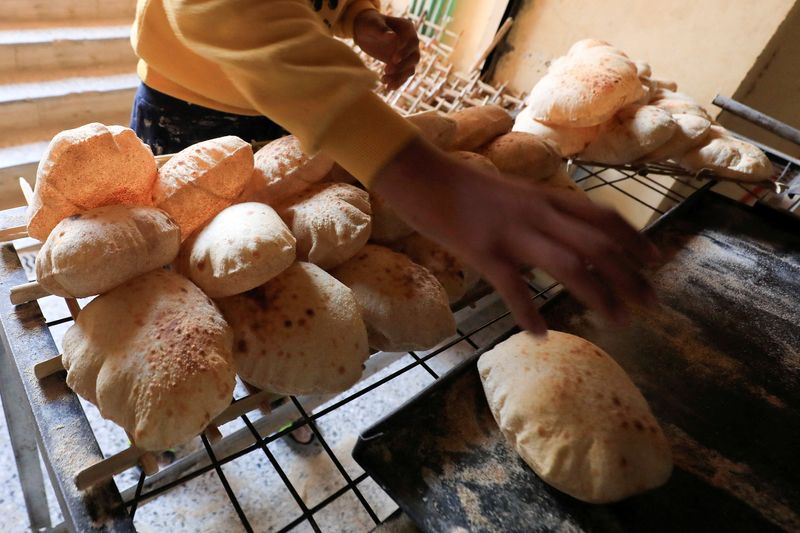 © Reuters. FILE PHOTO: An Egyptian worker removes loaves of bread from the oven at a bakery in Cairo’s southeastern Mokattam district, as the prices of basic goods in Egypt have risen since Russia’s invasion of Ukraine, in Egypt, March 16, 2022. REUTERS/Amr Abdall

CAIRO (Reuters) – Egypt’s government will start selling discounted bread to people not enrolled in its bread subsidy programme as it battles accelerating inflation, the supply minister said on Monday.

People will be able to buy 90g loaves at cost price using pre-paid “debit cards”, Ali Moselhy said, adding the price was yet to be decided but would be less than 1 Egyptian pound ($0.03), with a trial period starting on Wednesday.

“The point is to make this important commodity available without any exaggeration in profits by commercial bakeries,” he said.

Egypt’s government already provides heavily subsidised bread to more than 70 million of its 104 million citizens. The decision would increase bread sold by the government by up to 10%, Moselhy said.

The economic fallout from the Ukraine war has triggered an acute foreign currency shortage in Egypt, leading to a backlog of goods in ports, rising inflation and a $3 billion financial support package from the International Monetary Fund.

Egypt’s private sector importers and mills have struggled in past months to pay for hundreds of thousands of tonnes of wheat stuck at ports, causing a spike in bread and flour prices.

The state grains buyer had already started selling flour to private mills, as well as wheat via a newly launched commodities exchange, to try to ease internal trade blockages.

Egypt aimed to procure about 4 million tonnes of wheat in its local harvest season which begins in April, Moselhy added. Last year the government said it procured 4.2 million tonnes.