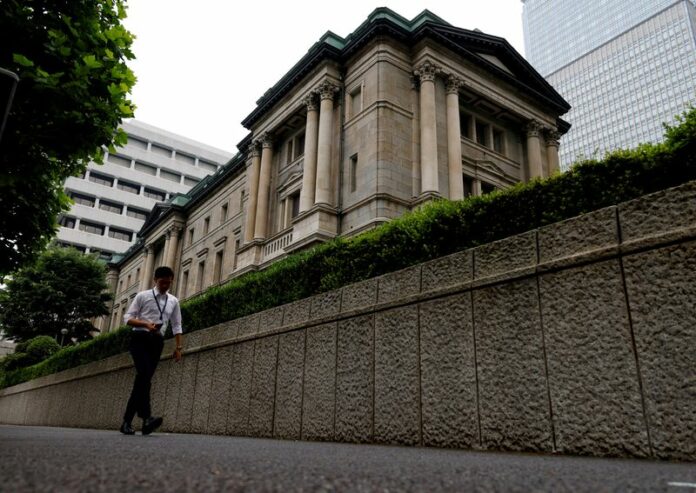 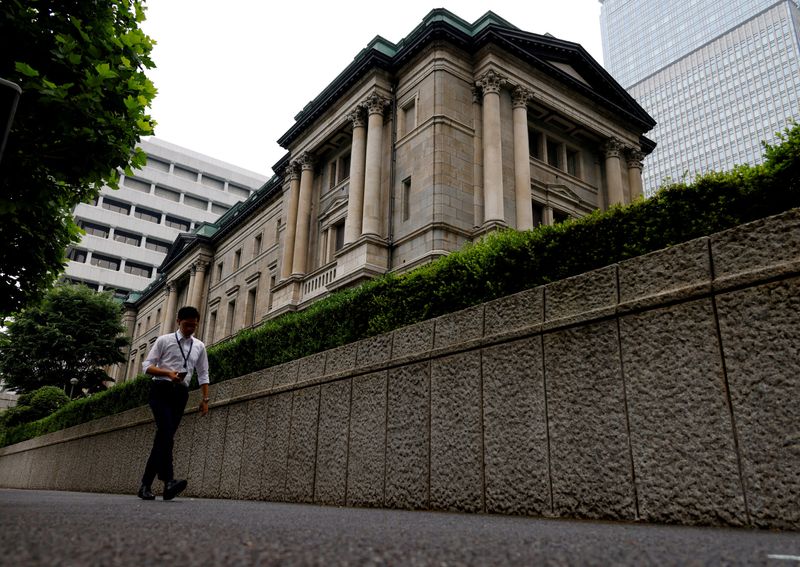 TOKYO (Reuters) – Markets are testing the Bank of Japan (BOJ), seeking to break its resolve to cap bond yields as soon as its policy decision on Wednesday, as rising inflation challenges the central bank’s ultra-easy monetary policy.

Here are options the BOJ could take to change its yield curve control (YCC) policy, which applies a minus 0.1% rate to some funds parked with the central bank and targets the 10-year government bond yield in a range around zero.

The BOJ’s decision last month to widen the band around its 10-year yield target has failed to remove market distortions caused by its huge bond buying, instead prompting the market to test the 0.5% upside of the range.

Many BOJ officials want to take more time to gauge the effect of December’s tweak, seeking clarity on whether wages and inflation will rise in a mutually enforcing cycle of growth.

With Governor Haruhiko Kuroda repeating the need to keep policy ultra-loose, the BOJ could opt to stand pat until his successor takes the helm in April.

Bond sellers broke the BOJ’s 0.5% cap on Friday, less than a month after the policy tweak, forcing emergency buying from the central bank to bring the yield back down.

Its credibility tested, the BOJ may respond with additional steps.

It could make technical tweaks to smooth the yield curve, such as tinkering with its bond-buying or other market operations. Or it could widen the band around its 10-year yield target.

Many policymakers are cautious about widening the band beyond 1 percentage point as that could make it hard for the BOJ to argue that it is guiding the 10-year yield “around 0%.”

There is a slim chance the BOJ could raise the 10-year yield target or abandon YCC altogether.

The BOJ had hoped to wait for more evidence that wages would rise enough to keep inflation sustainably around its 2% target, before tweaking its yield targets.

Doing so now would run counter to Kuroda’s pledge to keep monetary policy ultra-loose until the recent cost-driven inflation is replaced by prices rising on sustained strong demand.

The BOJ would describe any such move as a modest withdrawal of stimulus, rather than the start of a series of rate hikes. It could pledge to buy enough bonds to prevent any abrupt, disruptive spike in borrowing costs.

The BOJ could tweak its guidance that pledges to keep interest rates at “current or lower” levels, to one that takes a more neutral view on the rate outlook.

Any such move would be a clear sign the BOJ expects economic conditions to fall in place for it to gradually raise rates.

The BOJ could abandon the 0.1% charge it applies for a small pool of excess reserves financial institutions park with the central bank.

After ditching that negative rate, the BOJ could start paying interest on excess reserves to mop up liquidity from the economy.

The BOJ only aims to take such a step when it deems Japan’s economy has achieved a positive cycle, in which rising prices generates higher pay that gives households more purchasing power.

Ending negative rates would ease the pain on commercial banks, which have seen their margins crushed by years of ultra-low rates. But it would cool the economy by raising rates for bank lending and mortgage loans.

The BOJ will thus not want to rush to pull the trigger. Any such move would likely be accompanied by, or come well after, the end of the 10-year yield target.