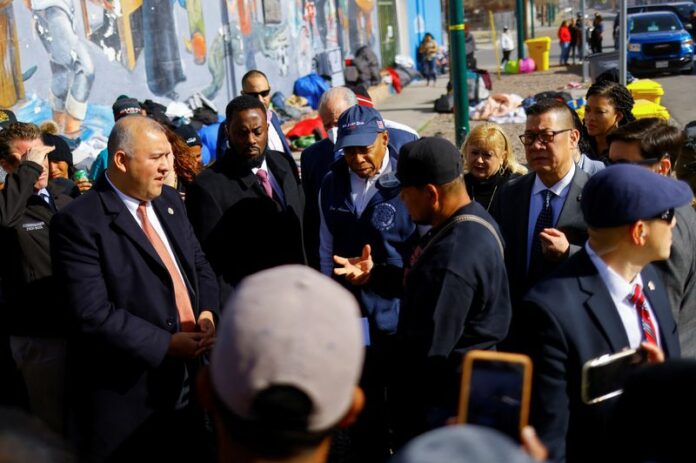 New York Mayor says “no room” in his city for migrants 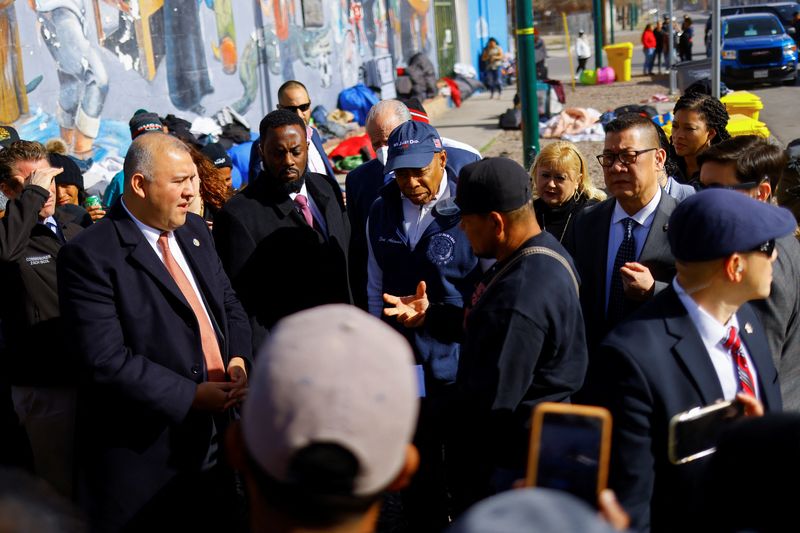 LOS ANGELES (Reuters) – The mayor of New York traveled to the Mexican border city of El Paso on Sunday and declared that “there is no room in New York” for busloads of migrants being sent to America’s most populous city.

Eric Adams, a Democrat, was also critical of the administration of Democratic U.S. President Joe Biden, saying “now is the time for the national government to do its job” about the immigrant crisis at America’s southern border.

The visit of a New York mayor to a southern border city about the issue of immigrants is unprecedented.

Busloads of migrants have been shipped north to New York and other cities by Republican run states. That has exacerbated a housing crisis in New York and a worsening homeless crisis in the city.

Adams’s trip to El Paso comes after he said the migrant influx into New York could cost the city as much as $2 billion, at a time when the city is already facing a major budget shortfall.

In recent months the Republican governors of Florida and Texas have sent thousands of migrants seeking sanctuary in the U.S. to cities run by Democratic politicians, including New York, Chicago and Washington, D.C.