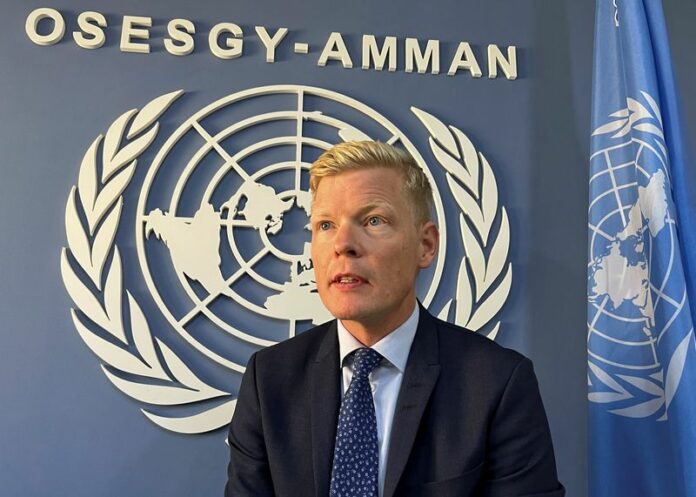 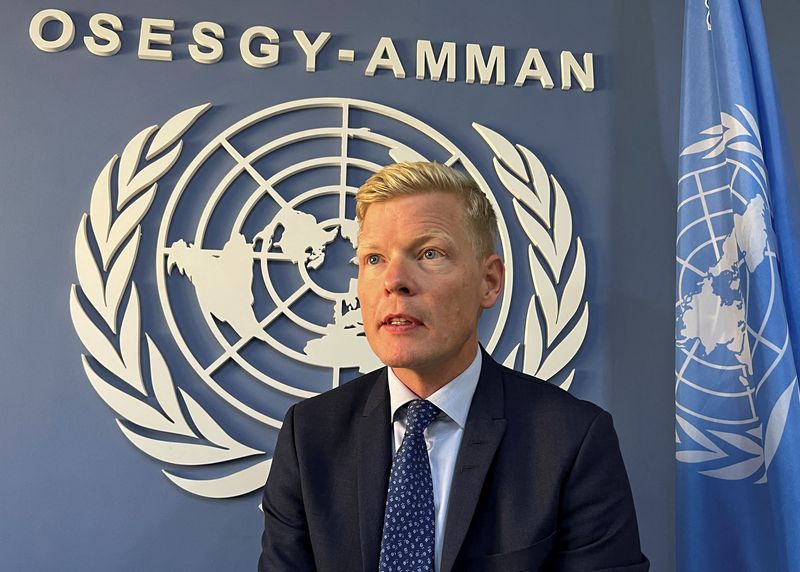 DUBAI (Reuters) – The United Nations envoy for Yemen said on Monday he was encouraged by intensified efforts for an expanded truce deal but stressed they should seek an inclusive process for a sustainable political settlement.

Hans Grundberg, addressing a U.N. Security Council briefing more than three months after an initial truce pact expired, said “we are witnessing a potential step change” in the conflict’s trajectory though the situation remained “complex and fluid”.

The eight-year-old conflict between a military coalition led by Saudi Arabia and the Iran-aligned Houthi group, the de facto authorities in North Yemen, has killed tens of thousands of people, wrecked the economy and pushed millions into hunger.

A U.N.-brokered truce deal agreed in April and rolled over twice delivered the longest stretch of relative calm that has largely held since its expiry on Oct. 2, though the two sides stepped up an economic war.

The United Nations has been pushing for an extended and broader deal encompassing a mechanism to pay public sector wages, which the Houthis had criticised for not including armed forces members.

Grundberg, speaking from the Houthi-held capital Sanaa, thanked Saudi Arabia and Oman for their diplomacy and said discussions in the past month have developed “options for mutually acceptable solutions to outstanding issues”.

But he advised against a “piecemeal approach” focused on individual needs, saying talks on short-term steps should be part of a broader approach toward a sustainable resolution of a multifaceted conflict in which several parties are vying for power.

Saudi Arabia, which intervened in Yemen at the head of a military coalition in 2015 after the Houthis ousted the internationally recognised government from Sanaa, has been trying to extricate itself from a costly war in which it has faced Houthi missile and drone attacks.

The head of the Houthi Supreme Political Council, Mahdi al-Mashat, said in remarks on Houthi-run media on Monday that the talks with a Omani team were positive and, departing from past rhetoric, stressed the movement’s desire for regional stability.

The U.N. envoy said that while key elements of the initial pact were holding, continued limited military activity on front lines and “escalatory political and economic measures” could reignite violence. The deal allowed some fuel shipments into Houthi-held Hodeidah port and commercial flights from Sanaa.