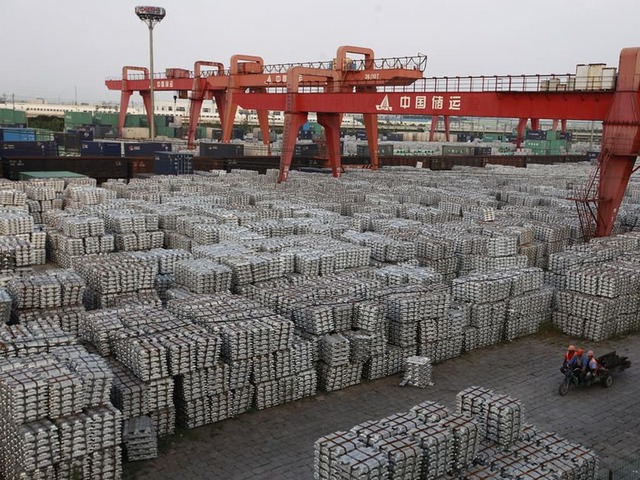 The question now is whether 2023 will see China reassert its dominance as the main driver of commodity markets. The market narrative for China’s appetite for commodities has largely moved on from what was a soft 2022 to expectations of a strong 2023.

After all, the world’s second-largest economy is reopening and rebuilding after abandoning its strict zero-COVID policies. However, it’s worth looking at what did happen last year. There were differences in China’s 2022 commodities imports, and the trends established may persist for a while yet.

The obvious weak spots among major commodities were imports of crude oil and natural gas, which dropped 0.9% and 9.9% respectively in 2022 from the prior year. Crude oil imports slipped for a second straight year to the equivalent of 10.17 million barrels per day (bpd), according to official data released on Jan 13.

The blame is relatively easy to apportion: COVID lockdowns cut domestic demand, while lower exports of refined fuels for the first nine months meant that these shipments fell 11% for the year as a whole. However, the trend for crude oil imports and product exports shifted in the last quarter of 2022.

Both gained strongly as the economy started to re-open and Beijing granted higher fuel export quotas in order to both boost the economy and allow refiners to capture some of the strong regional margins for products, especially diesel.

Natural gas imports, both from pipelines and as liquefied natural gas (LNG), were still weak in December, coming in at 10.28 million tonnes, down 11.8% from the same month in 2021 and a drop of 0.39% from November. Natural gas imports are also in line to recover as China’s economy picks up speed.

But there is a note of caution, which also applies to crude oil: Whether Chinese utilities return to importing the volumes of LNG, which saw the country become the world’s top buyer in 2021 before losing the crown back to Japan last year, largely depends on the trajectory of spot prices.

China will continue to import LNG under long-term, oil-linked contracts, but matching the strong volumes of prior years depends on utilities making the judgment that spot prices are low enough to make the super-chilled fuel economically viable in China’s domestic market.

What the level of comfort is for spot prices in debatable. It’s likely to be well below the current spot price for delivery to north Asia of $23 per million British thermal units (mmBtu).

While the current price has been dropping steadily since reaching a record $70.50 per mmBtu in late August, it remains high by historic standards, having only once briefly traded above $20 prior to the start of 2021.

China’s refiners have also shown reluctance in the past to buy crude oil when they deem prices are too high, or have risen too far, too fast. It’s likely that they will want to ramp up purchases in 2023 to meet rising domestic demand from the re-opening economy and ongoing fuel export quotas.