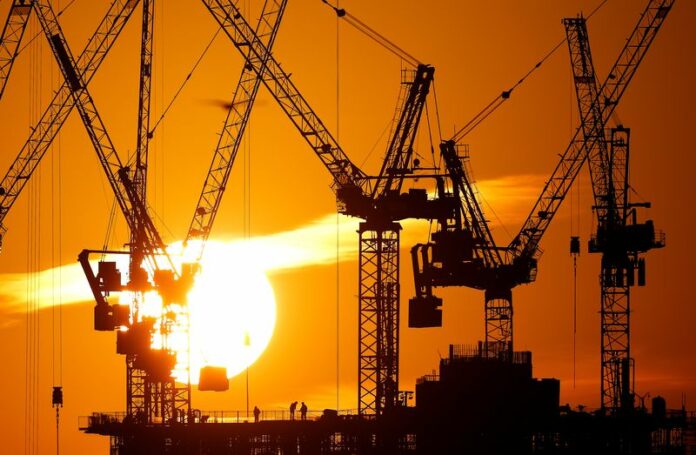 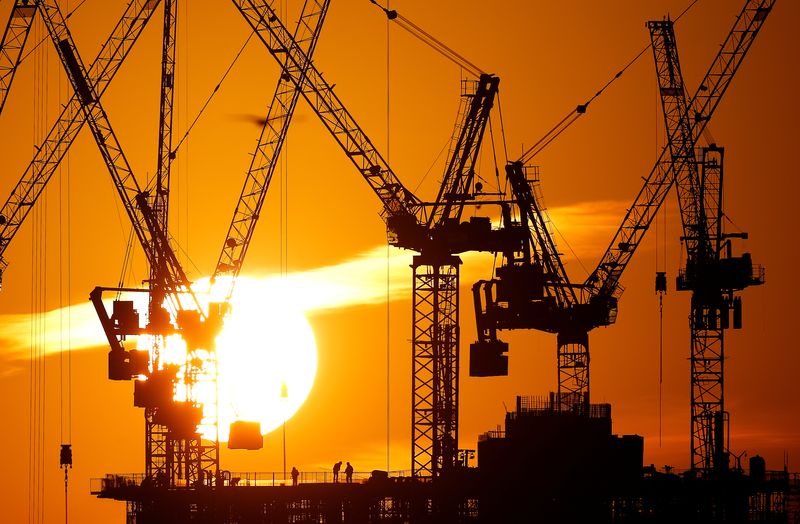 © Reuters. FILE PHOTO: Workers are seen as the sun sets behind a construction site in London, Britain, January 21, 2020. REUTERS/Henry Nicholls

The Eurochambres’ report, based on the responses of trade and commerce organisations representing around 70% of world GDP, shows prolonged geopolitical tensions and instability as the top challenges for the global economy this year.

Participants from the United States and the United Kingdom see rising inflation fuelled by soaring food and energy prices among the top challenges, while energy security is of particular concern in the European Union.

Survey participants were asked about their expectations for real GDP growth in their country or region for 2023, which were compared to benchmark forecasts from the International Monetary Fund (IMF).

U.S. and Chinese participants have similar real GDP growth estimates to those of the IMF, while the British Chambers of Commerce forecast a 1.3% contraction for the economy, much more pessimistic than the 0.3% growth predicted by the IMF.

In the euro zone, the forecasts are largely in line with the IMF. However, there are significant differences between countries. The Spanish Chamber of Commerce and the Italian Union of Chambers of Commerce Unioncamere are optimistic for their countries’ growth compared to the IMF forecasts, while the German Chamber of Commerce and Industry DIHK predicts a greater slowdown for Germany’s growth than the IMF.

However, the DIHK forecast of a 3.0% year-on-year GDP contraction in 2023 dates back to autumn and the economic environment has brightened considerably in the last months, with some economists now saying that the euro zone’s largest economy could avoid a recession.

The 2023 Eurochambres global economic survey was conducted during November and December 2022.