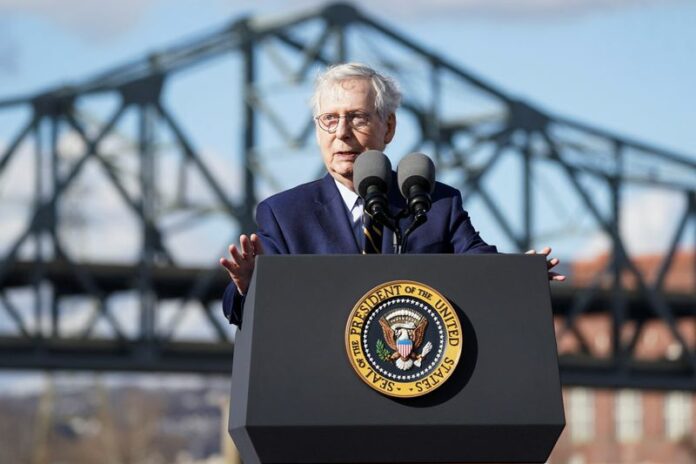 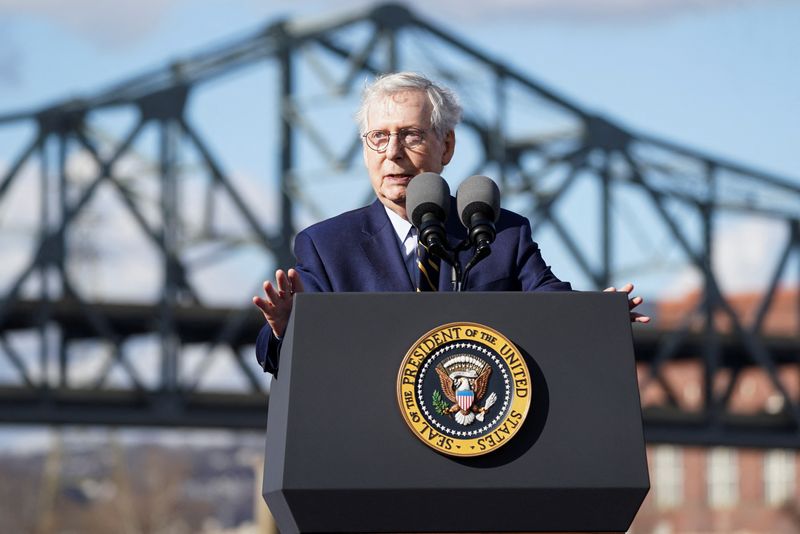 WASHINGTON (Reuters) – Any agreement to address the U.S. debt ceiling and avoid a first-ever default by Washington will have to come from President Joe Biden and House of Representatives Speaker Kevin McCarthy, the top Senate Republican said on Tuesday.

Senate Minority Leader Mitch McConnell, who has played an integral role in debt ceiling negotiations in the past, predicted that no solution formulated by the Democratic-led Senate is likely to win approval from the House, which Republicans control by a slim margin.

“In this current situation, the debt ceiling fix – if there is one, or how it’s to be dealt with – will have to come out of the House,” McConnell told reporters.

House Republicans want to exact spending cuts from Biden in exchange for a deal on the debt ceiling. But the White House has repeatedly rejected negotiations over spending cuts, arguing that Congress has an obligation to increase the borrowing limit and avoid a default and the possibility of economic chaos.

“It’s entirely reasonable for the new speaker and his team to put spending reduction on the table. I wish him well in talking to the president. That’s where a solution lies,” McConnell said.

“I can’t imagine any debt ceiling provision passed out of the Senate with 60 votes could actually pass this particular House,” he added.

Biden and McCarthy have agreed to meet to talk about the debt ceiling and other issues. But no meeting has been scheduled.

McConnell spoke days after the U.S. government hit its $31.4 trillion borrowing limit, prompting the Treasury to begin extraordinary measures that could stave off a default until early June. Treasury Secretary Janet Yellen has called on Congress to move quickly to address the borrowing limit.