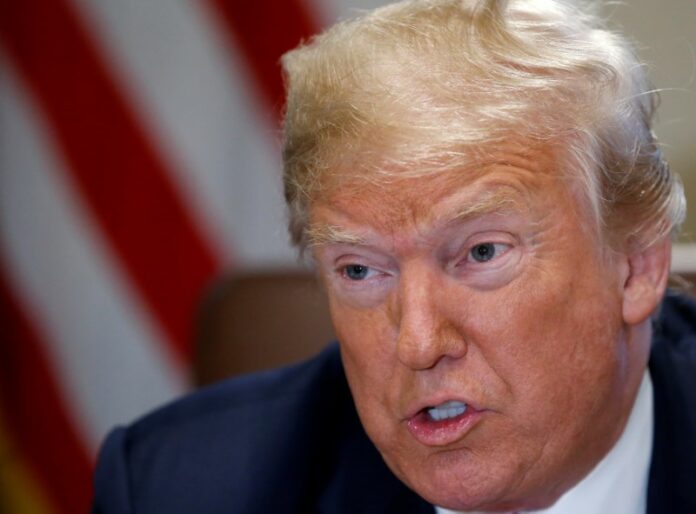 WASHINGTON (Reuters) – U.S. President Donald Trump said he was ready to impose tariffs on an additional $500 billion of imports from China, threatening to escalate the current trade clash with the Asian nation and sending financial markets downward.

“We’re down a tremendous amount,” Trump said in an interview about trade imbalances with China on CNBC, recorded on Thursday and broadcast on Friday. “I’m ready to go to 500.”

Both Dow and S&P stock index futures, already down on trade worries, fell further after the interview. () ()

Earlier this month, the United States imposed tariffs on $34 billion of Chinese imports. In return, China levied taxes on the same value of U.S. products.

The United States disputed the retaliatory tariffs at the World Trade Organization on Monday, along with those imposed by the European Union, Canada, Mexico and Turkey in response to new U.S. duties on steel and aluminum.

When asked about the stock market possibly falling if the United States imposes duties on such a large amount of goods, Trump said: “If it does, it does. Look, I’m not doing this for politics.”

Trump wants Chinese leaders to take action that would lower the $375 billion goods trade deficit that the United States is running with China.

The administration has also accused China of engaging in unfair trade practices by forcing American investors to turn over key technologies to Chinese firms.