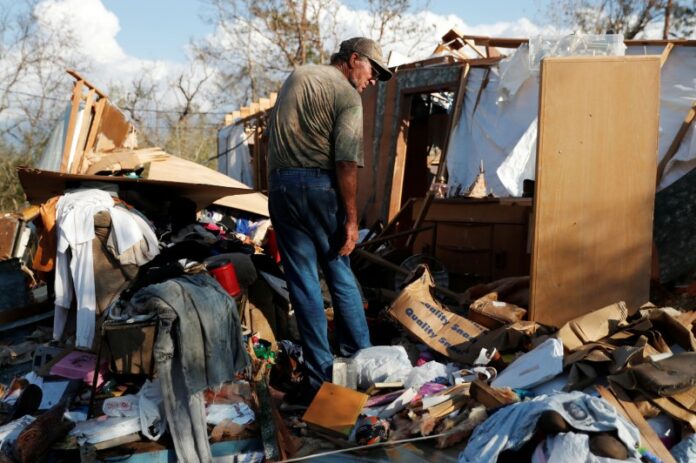 Rescuers search for 1,000 missing in Florida Panhandle after hurricane 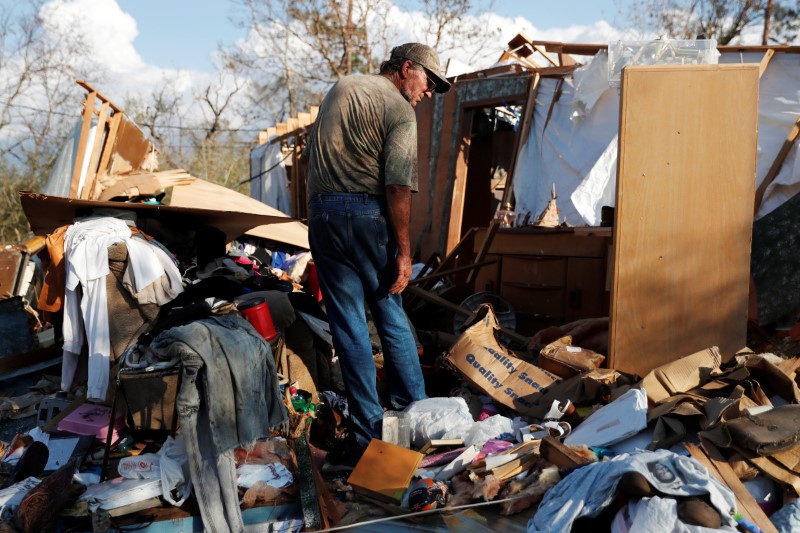 © Reuters. Bernard Sutton, 64, picks through the remains of his home destroyed by Hurricane Michael in Fountain

LYNN HAVEN, Fla. (Reuters) – Rescue workers and volunteers searched for more than 1,000 people still missing in the Florida Panhandle and tens of thousands of residents remained without power on Tuesday after the area was devastated by Hurricane Michael last week.

At least 19 deaths in four states have been blamed on Michael which made landfall on Wednesday as one of the most powerful storms on record to hit the continental United States.

Volunteer rescue organization CrowdSource Rescue said its teams were trying to find 1,300 people still missing in the disaster zone in the Panhandle, according to Matthew Marchetti, co-founder of the Houston-based group.

About 30 to 40 people remained unaccounted for in Mexico Beach, according to a city councillor, Rex Putnal.

The mayor of the town of about 1,200 residents, which took a direct hit from the hurricane, has said that at least one person was killed, while CNN reported that another person was found dead on Monday.

With most Mexico Beach homes already searched for survivors, rescue workers were using dogs to find any bodies that might be buried under the debris.

More than 200,000 people were still without power in the U.S. Southeast, with residents of battered coastal towns such as Port St. Joe, Florida forced to cook on fires and barbecue grills.

At least 80 percent of customers in three mainly rural Panhandle counties were without electricity on Tuesday. Officials said it could be weeks before power returns to the areas that sustained the most damage.

Countless residents in the region’s backcountry have struggled for days without electricity, running water or sanitation as they await help from authorities. Some have been camping in tents with whatever belongings they were able to salvage.

“This is everything we own right here,” he said, standing over a heap of clothes, books, furniture and other belongings.

Access to those stranded by the storm was hampered by downed oak trees across highways and dirt roads.

“Everyone needs help. We’re devastated out here. We’re wiped off the map,” said Gabriel Schaw, 40, gesturing to a handful of neighbors surrounding his own demolished mobile home in Fountain, Florida.

With top sustained winds of 155 miles per hour (250 km per hour), Michael hit the Florida Panhandle as a Category 4 hurricane on the five-step Saffir-Simpson scale on Wednesday.

The winds and storm surge caused insured losses worth between an estimated $6 billion and $10 billion, risk modeler AIR Worldwide said. Those figures do not include losses paid out by the National Flood Insurance Program or uninsured property, AIR Worldwide said.

“To see this personally is very tough – total devastation,” said Trump, who later traveled to neighboring Georgia to see the storm damage there.