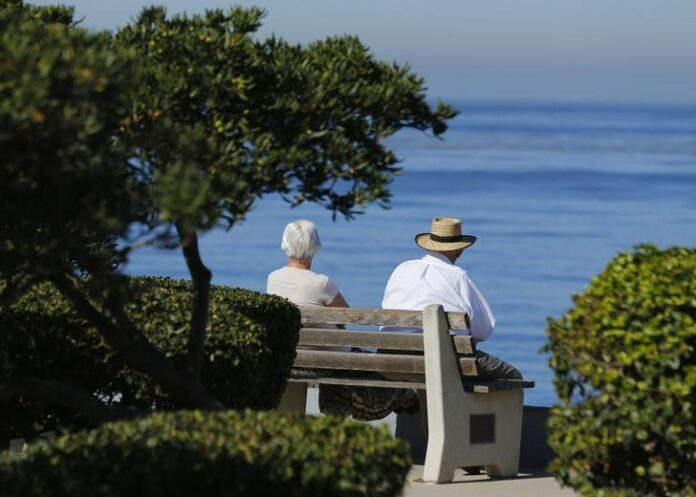 Column: New U.S. state retirement plans are welcome, but why so expensive? 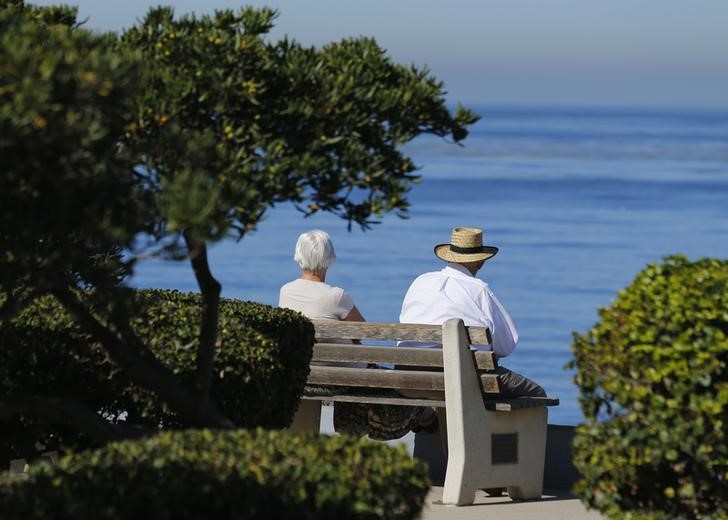 © Reuters. An elderly couple looks out at the ocean as they sit on a park bench in La Jolla, California

CHICAGO (Reuters) – Next month, Oregon will become the first U.S. state to start automatically signing up workers to save for retirement if they do not already have a workplace 401(k).

Eight other states are getting ready to launch state-sponsored auto-IRA programs, and it is an idea whose time has come. Fewer employees have access to workplace retirement plans and 47 percent of U.S. households say their total household savings and investments are less than $25,000, according to the Employee Benefit Research Institute. (http://reut.rs/2z3Sr45).

States started taking up the cause five years ago when it became clear that a Republican Congress would not approve the Obama administration’s proposal to set up a national auto-IRA program to address the coverage shortfall.

But now that the first state plans are under construction, an unfortunate reality is coming into view: These retirement accounts are not going to be cheap for account holders, at least not in the early going.

In Oregon, savers initially will pay a fee equivalent to 1 percent of the total amount invested in their accounts, or 100 basis points. That is much lower than the fees charged by many small-business 401(k) plans, which often exceed 200 basis points. But it is much higher than what a saver would pay in a large plan – which is exactly what the state auto-IRA plans aim to become.

But like other states, Oregon is launching its auto-IRA program without the support of taxpayer dollars. In most cases, employers above a certain size will be required to set up automatic payroll deduction for workers, who will be enrolled by default unless they opt out. Initial contribution levels range from 3 to 5 percent, with contributions invested in low-cost target date funds.

The largest expense is creating the network for automatic payroll deductions by employers. In Oregon, for example, 85 basis points of the fee will go to the third-party administrator selected to build and operate the plan, Ascensus. Just 5 basis points will go to the state to cover its overhead; the mutual funds will cost from 6 to 13 basis points, according to a representative of Oregon State Treasury.

Other states hope to launch with somewhat lower costs as learning advances on what goes into creating a new structure like this. “If a few of the early ones get a good start, there will be even more competitive interest from vendors, and others will come in with lower expenses,” said John Scott, director of the retirement savings project at the Pew Charitable Trusts.

California and Illinois will launch pilot programs next year. Illinois will charge 75 basis points; California has not yet determined its initial fees. Other states with plans in the pipeline include Connecticut, Massachusetts, Maryland, New Jersey, Vermont and Washington state.

The track record of 529 college savings plans points toward a drop in fees over time. Ascensus administers 529 plans in 18 states; many launched 15 years ago charging account holders 150 basis points, with additional fees for enrollment and disbursement transactions, said Scott Morrison, chief product officer at Ascensus. Those fees have plunged as the market expanded and reached scale; many now charge less than 30 basis points, he said.

“We think the same thing will happen in the auto-IRA market,” he added. “But everyone needs to realize that early on, expenses have to be around 100 basis points.”

Meanwhile, California hopes to launch with low costs due to the sheer size and scale of its planned program. Roughly 6.8 million workers are potentially eligible to participate in the California Secure Choice program, according to a market analysis prepared for the program’s board last year. After the pilot phase next year, employers with 100 or more workers who lack their own retirement plans will be brought online in 2019.

California’s enabling statute caps total expenses at 100 basis points – but that limit does not take effect until after the program’s sixth year. California also has the option of providing a loan to offset startup costs, but so far has used loan funding only for limited staff and consultant support costs.

“Our size and scale here makes it a different situation,” said Katie Selenski, executive director of the California Secure Choice Retirement Savings Investment Board. “That will make it interesting to watch what happens here, especially as the program comes to substantial scale in the first few years.”

Illinois expects that its initial expense ratio will drop “precipitously,” according to a representative for Illinois state Treasurer Michael Frerichs. Maryland’s enabling legislation caps administrative costs at 50 basis points; all-in costs will be “less than 50 basis points, but we will need to charge more initially to pay back startup loans from the state,” said Joshua Gotbaum, chair of the Maryland Small Business Retirement Security Board.

The decision by states to force savers to bear all the startup costs reflects difficult political realities. Many states are facing major budget pressures and are under fire for problems with the funding status of their defined benefit pension programs for public workers. Using state funds to launch auto-IRA programs would have been a non-starter.

But placing the startup costs entirely on savers is an unfortunate political outcome – and it raises a fairness question, since early savers will effectively be subsidizing those who join the program later with lower costs.

“That’s a real issue,” said Selenski. “We’re going to do everything we can to get fees as low as possible.”