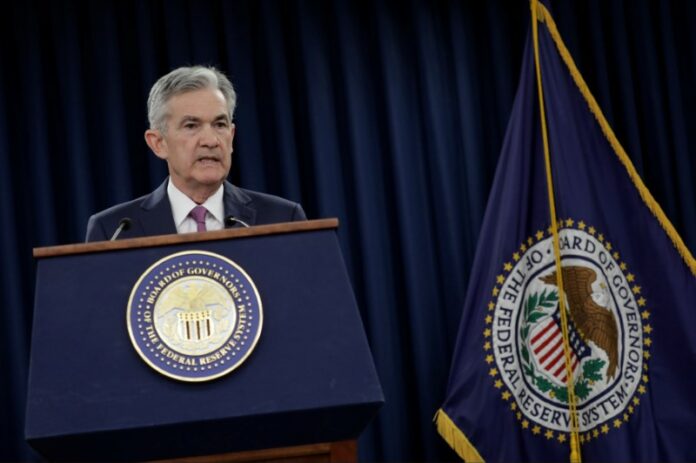 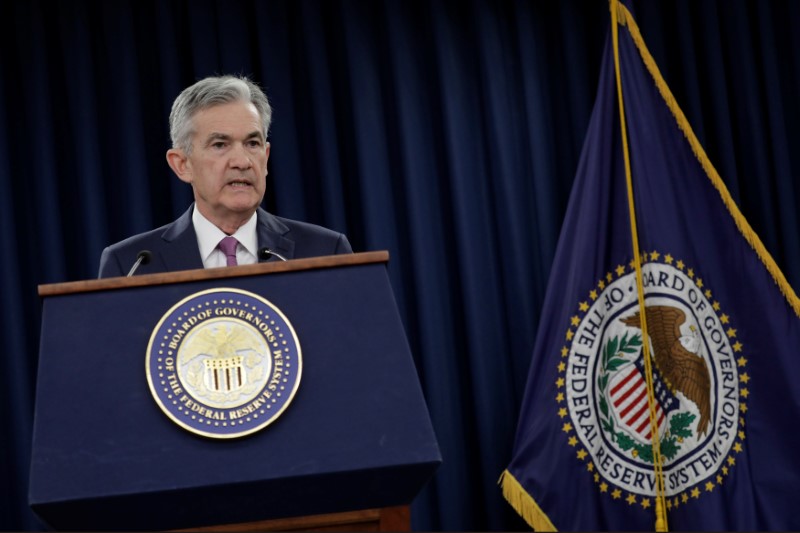 SINTRA, Portugal (Reuters) – A developing trade war between the world’s biggest economies is already weighing on business confidence and could force central banks to downgrade their outlook, the world’s most powerful central bank chiefs argued on Wednesday.

The United States has levied punitive tariffs on a number of its top trading partners, prompting retaliatory moves that threaten to spiral into a full fledge trade war, likely pushing up costs and reducing profit margins for businesses.

Sitting side by side in a rare policy panel, the heads of the U.S. Federal Reserve, the European Central Bank, the Bank of Japan and the Reserve Bank of Australia all took a gloomy view on the escalating conflict, arguing that consequences could be significant.

“Changes in trade policy could cause us to have to question the outlook,” Fed Chair Jerome Powell told a central banking conference in Sintra, Portugal.

“We have a very wide range of contacts in the business world in the United States and around the world, and as we talk to them they continually and increasingly express concern about trade developments,” Powell said. “For the first time we are hearing about decision to postpone investment, postpone hiring, postpone making decisions.”

He added that such a deterioration of business confidence is not yet factored into forecasts and does not appear yet to be impacting the performance of the economy.

Such a trade war would come at an especially sensitive time for central banks as they try to move past crisis-era unconventional measures and build policy buffers for any potential downturn at the end of the current business cycle.

Speaking alongside Powell, ECB chief Mario Draghi said he had little reason to be optimistic.

“It’s not easy and it’s not yet time to see what the consequences on monetary policy of all this can be but there’s no ground to be optimistic on that,” Draghi said.

“The indirect impact on the Japanese economy could be quite significant …if this escalation of tariffs between the U.S. and China continues,” Kuroda told the Sintra conference.