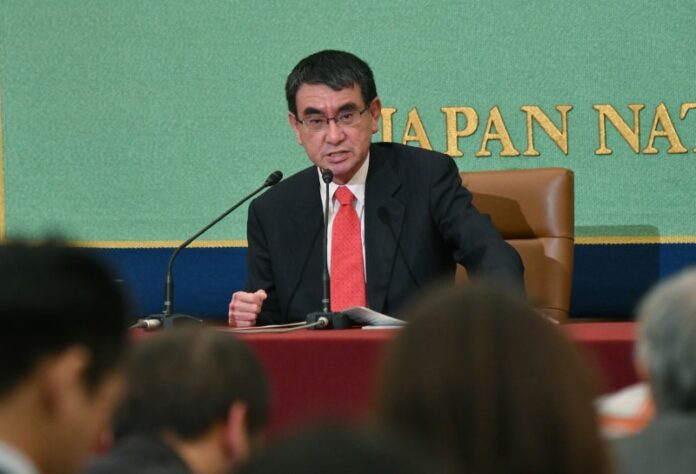 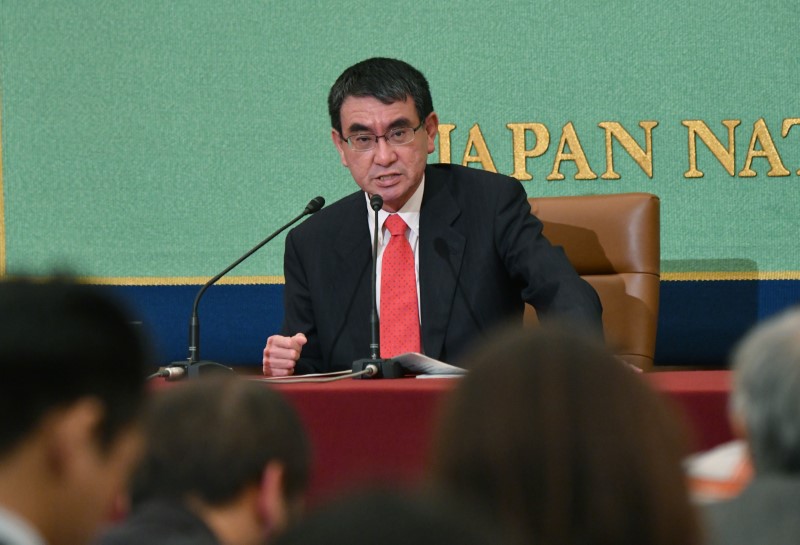 Ties between the two Asian neighbors have been frosty since a South Korean court ruling in October that Nippon Steel and Sumitomo Metal Corp should pay 100 million won ($90,500) to each of four South Koreans in a World War Two forced labor case.

The ruling had angered Japan and, in a development that seemed set to increase tensions, lawyers for the South Korean plaintiffs said on Wednesday their clients had applied to seize some of Nippon Steel’s Korean assets.

Kono said Japan took this move “extremely seriously”, while adding that he and South Korean Foreign Minister Kang Kyung-wha agreed during their 30 minute telephone conversation to resolve the matter as soon as possible.

“I called on the South Korean side to take firm steps as promptly as possible to ensure that measures unfair to Japanese firms are avoided,” Kono told reporters.

Japan has said all wartime reparations were dealt with in a 1965 treaty that normalized ties between the two neighbors and previously said that it might be forced to take steps, including possibly going to an international court, if the issue was not resolved soon – a view Kono said he reiterated on Friday.

Kono said he and Kang had also agreed to promptly resolve a dispute over whether a South Korean warship had locked its targeting radar on a Japanese patrol plane last month.

South Korea’s Foreign Ministry said in a statement that the two ministers exchanged views on the court rulings and the radar incident, with the two agreeing on the need to “resolve differences in the two sides’ views” through consultations between defense authorities.

They also agreed to continue close cooperation to foster a “forward-looking” relationship this year.

Separately, South Korea’s Defense Ministry released a video earlier on Friday showing its ship trying to rescue a North Korean fishing vessel and reiterating that it was a humanitarian rescue operation.

It added that Japan should apologize for the patrol plane’s “intimidating” low-altitude flight near the ship and urged Tokyo not to use the issue politically.