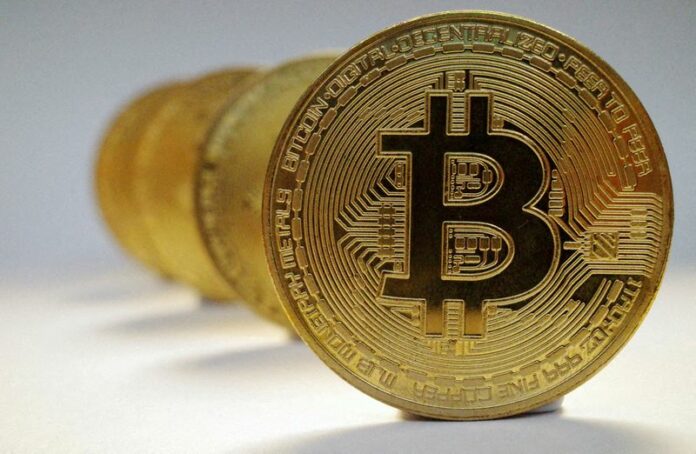 © Reuters. FILE PHOTO: A representation of the virtual cryptocurrency Bitcoin is seen in this picture illustration taken October 19, 2021. REUTERS/Edgar Su

HAVANA (Reuters) – The Cuban central bank issued regulations on Tuesday for virtual asset service providers, after giving a nod last year to the personal use of cryptocurrencies, a move some experts said could help the Communist-run Caribbean island skirt stiff U.S. sanctions.

Cryptocurrencies, which allow financial operations to be carried out anonymously in a decentralized manner, have been used in the past to get around capital controls, as well as to make payments and transfers more efficient.

The bank authorization, published Tuesday in the government’s official gazette, requires those wishing to use cryptocurrencies to obtain a license.

The bank said it would consider the legality, socioeconomic interest and project characteristics of any request before granting a license, which would be valid initially for one year.

The roll-out of mobile internet three years ago has opened the way for cryptocurrency transactions in Cuba, and enthusiasts on the island are growing in number as the currencies help overcome obstacles created by U.S. sanctions.

The decades-old U.S. trade embargo cuts Cubans off from conventional international payment systems and financial markets. Cubans cannot obtain credit or debit cards for international use on the island and struggle to do so abroad.

“If the central bank is creating a cryptocurrency-friendly legal framework, it is because they have already decided that it can bring benefits to the country,” said Pavel Vidal, a former Cuban central bank economist who teaches at Colombia’s Pontificia Universidad Javeriana Cali.

Several of Cuba’s Latin American neighbors have taken an interest in cryptocurrency, including El Salvador, the first country in the world to adopt bitcoin as legal tender.

Vidal said he doubted Cuba would become another El Salvador, making bitcoin its money of choice or coming up with its own cryptocurrency, but rather the government was thinking of facilitating the entry of remittances and international foreign trade operations.

“This can reduce the cost of these international transactions and generate an alternative to operations in dollars, less sensitive to the sanctions scheme,” he said.