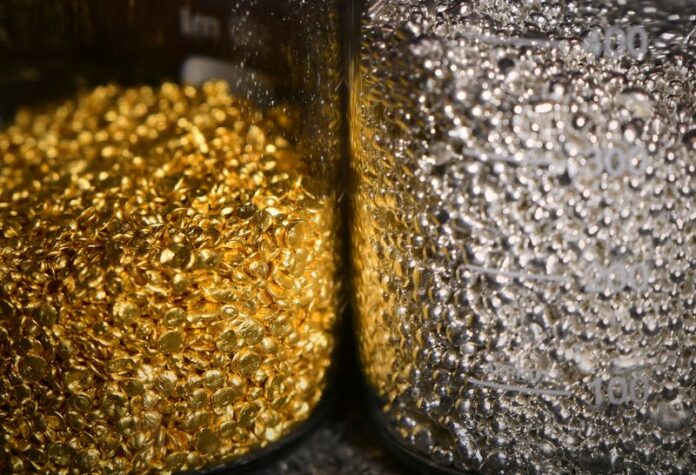 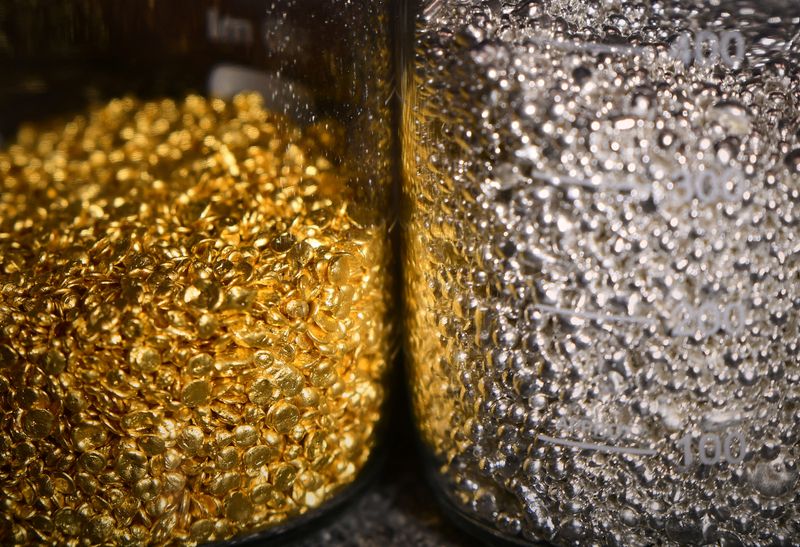 © Reuters. Granules of gold and silver are seen in glass jars at the Krastsvetmet non-ferrous metals plant in the Siberian city of Krasnoyarsk, Russia March 10, 2022. REUTERS/Alexander Manzyuk/Files

(Reuters) – Gold prices will average $1,712.50 an ounce next year, rising from current levels, as an end to U.S. interest rate rises is expected to revive investor interest in bullion, a Reuters poll showed on Wednesday.

Gold has tumbled from above $2,000 an ounce in March to around $1,650 as the U.S. Federal Reserve and other central banks raised interest rates rapidly to tackle inflation.

Higher rates pressured gold by lifting returns on other assets such as government bonds and the dollar that compete with gold for investment.

“We will get a change of direction when the market gets convinced that the Fed will stop raising interest rates,” said Frank Schallenberger, head of commodity research at LBBW.

“Amid positive real rates in the U.S. and increasing ones in Europe, investors will likely shy away from non-yielding assets such as gold,” he said.

The poll of 39 analysts and traders returned median forecasts for gold to average $1,660 an ounce in the fourth quarter of this year and $1,658 in the first quarter of next year.

Respondents have downgraded their forecasts since August, when a similar poll predicted gold would average $1,745 an ounce in 2023.

Gold is unlikely to fall too far because low prices will encourage more buying in Asia and of jewellery, said independent analyst Ross Norman.

“We would expect to see physical demand to accelerate at around the $1,550 support level,” he said.

Unlike gold, around half of silver demand comes from industry. “The global market slowdown will weigh on silver’s industrial demand,” said Edward Moya, senior analyst with OANDA.