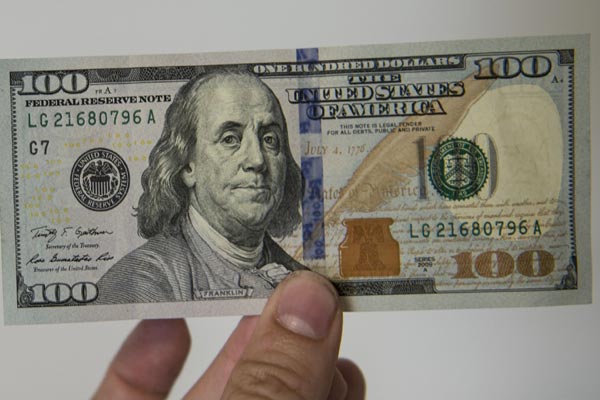 TOKYO: The dollar held steady in Asia Thursday after US central bank chief Janet Yellen suggested that a December US interest rate lift-off was still on the table.

In congressional testimony, Yellen said that if the world’s top economy was “performing well” and, if conditions warrant, a rate hike in December “would be a live possibility”.

Yellen’s remarks came ahead of Friday’s release of a key US jobs report for October and as fresh data on the vast US services sector Wednesday supported the view that the economy was on the upswing.

“The dollar is being bought gradually, with markets pricing in the rate increase as data come out and yields rise. Fed officials appear to be setting up for the move.”

Yellen’s comments took a bite out of some Asian currencies Thursday with the Malaysian ringgit, the South Korean won and the Indonesian rupiah among the units falling against the greenback Thursday.

But the dollar ticked lower against the yen, edging down to 121.50 yen from 121.55 Wednesday in New York, after trading in New York at its highest level since August on Yellen’s comments.

High-yield, riskier emerging currencies have been hit hard this year on fears of a flight of capital back to the United States as dealers look for better, safer investments on the back of the looming US rate lift-off.

The greenback has suffered a heavy sell-off against the Asian emerging units in recent weeks, however, as the Federal Reserve stood pat on raising interest rates at its October policy meeting.