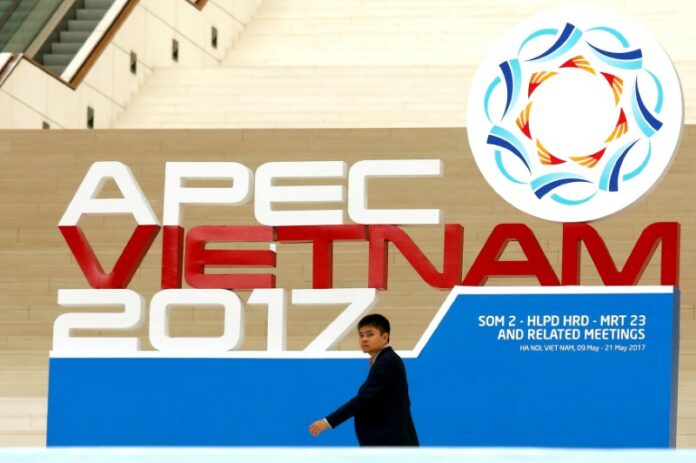 TPP talks without U.S. near final stretch ahead of APEC 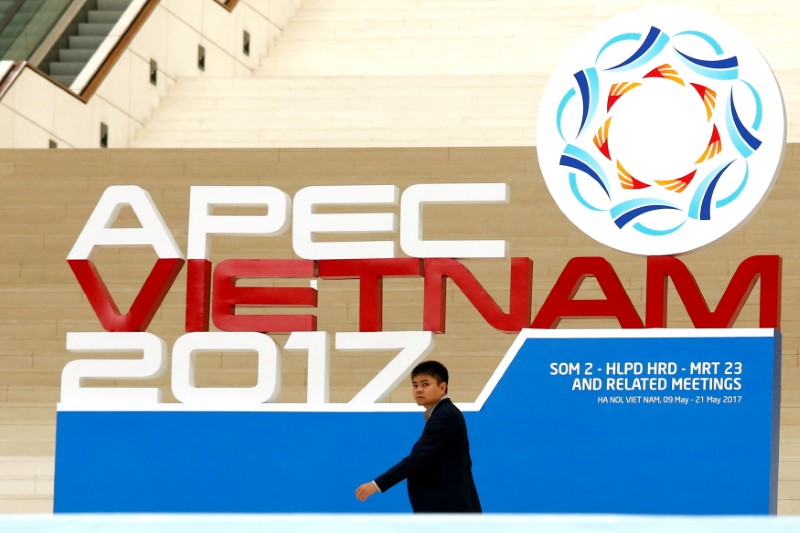 © Reuters. A delegate walks past decoration during the APEC MRT 23 meeting in Hanoi

URAYASU, Japan (Reuters) – The 11 remaining nations in the Trans-Pacific Partnership (TPP) without the United States edged towards sealing a comprehensive free trade pact after New Zealand agreed to amend laws that are not subject to TPP, to enable its ban on foreign home purchases.

The pact aims to eliminate tariffs on industrial and farm products across an 11-nation bloc whose trade totaled $356.3 billion last year.

This week’s compromise saves member nations from having to renegotiate the ambitious trade pact to accommodate the New Zealand government’s demands for firm measures to rein in housing prices.

It also brings member countries closer to an important victory in support of free trade to be finalised at an Asia-Pacific Economic Cooperation summit next week in Vietnam’s central city of Danang.

“The momentum towards (an agreement) at the meeting in Danang has significantly increased,” said Japan’s chief TPP negotiator, Kazuyoshi Umemoto.

“The economic impact is certainly not small, but the even bigger message is this agreement can influence the global economic system and bring about peace and prosperity in the Asia-Pacific.”

Negotiators gathered for three days in Urayasu, east of the Japanese capital, to narrow down which terms of the original 12-nation deal to suspend, so as to salvage the pact at the Vietnam summit.

New Zealand Prime Minister Jacinda Ardern, who was sworn in last week, has announced plans to ban foreign home purchases that should curb speculation without forcing TPP countries to renegotiate the pact.

Japan hopes the deal, which links 11 countries with a combined GDP of $12.4 trillion, can show other nations it can champion free trade in the absence of Washington’s influence.

It could also help Japan resist U.S. pressure for a two-way trade pact, which is likely to come up when President Donald Trump visits, from Sunday until Tuesday, for a summit with Prime Minister Shinzo Abe.

“A TPP agreement could damage the United States, so domestically people may start to realize that they can’t be left behind in free trade,” said Kensuke Yanagida, a research fellow at the Japan Institute of International Affairs.

The TPP pact was thrown into doubt when Trump pulled the United States out in January to prioritize protecting jobs. New Zealand and Vietnam subsequently pushed to renegotiate it, but countries have been able to narrow their differences in the final stretch.