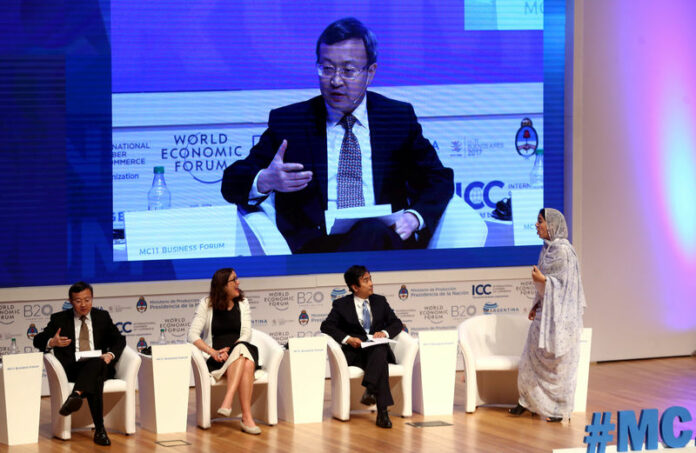 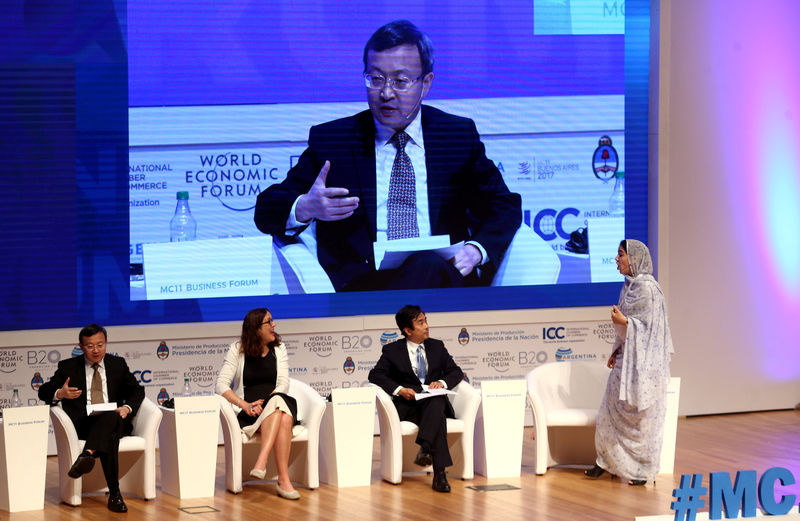 By Eliana Raszewski and Luc Cohen

BUENOS AIRES (Reuters) – The European Union, United States and Japan will issue a joint statement on Tuesday criticizing countries with too much factory capacity, though it will not directly name China, a major source of concern, EU Trade Commissioner Cecilia Malmstrom said.

The move is a rare show of solidarity with the United States at a World Trade Organization meeting dominated by differences over U.S. President Donald Trump’s “America First” trade agenda and U.S. efforts to stall the appointment of WTO judges.

It reflected growing frustration among major industrial countries over China’s trade practices ranging from subsidies for state-owned enterprises to technology transfer requirements for foreign companies, along with concerns that other developing countries will follow suit.

Malmstrom said on Tuesday that China’s subsidizing of its industry, including aluminum and steel, was flooding global markets and hurting European workers in a “very, very dramatic” way.

“There’s no secret that we think that China is a big sinner here, but there are other countries that are as well,” Malmstrom told reporters on the sidelines of a business forum parallel to the WTO event on Tuesday.

In the opening session of the World Trade Organization (WTO) ministerial conference in Buenos Aires on Monday, the United States and Japan criticized a lack of transparency in some WTO members’ trade practices, a thinly veiled swipe at China.

China appealed for members to “join hands” and uphold WTO rules to protect globalization in the face of rising protectionism.

‘PLAY BY THE RULES’

Washington, Brussels and Tokyo have previously raised complaints about China’s excess production capacity in a number of industrial sectors that has pushed down world prices and caused layoffs elsewhere.

The United States recently sided with the EU in arguing that such distortions mean the WTO should not grant China market economy status, a move that would severely weaken their trade defenses.

The EU’s and Japan’s willingness to cooperate with the trump administration comes despite disagreements over the role of the WTO and the future of multilateral trade deals.

Trump has expressed his preference for bilateral negotiations, and his trade rhetoric has cast a cloud over the WTO meeting.

Malmstrom said Tuesday that the three members would work “within the WTO” to address the overcapacity issue.

“We have been…reaching out to China to tell them they really must start playing by the rules,” she told reporters.

On Monday, U.S. Trade Representative Robert Lighthizer said the WTO was losing its focus on negotiations in favor of litigation and was granting too many exceptions to countries that claimed developing economy status.

Delegates from the EU and Japan made stronger defenses of globalization and the multilateral system, despite implicit criticisms of Chinese practices.