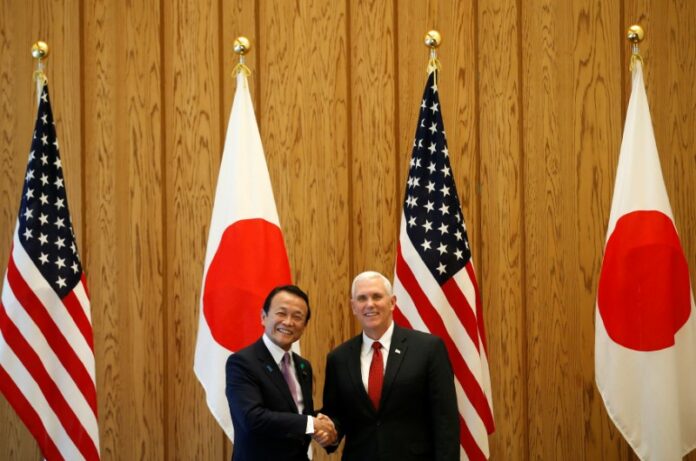 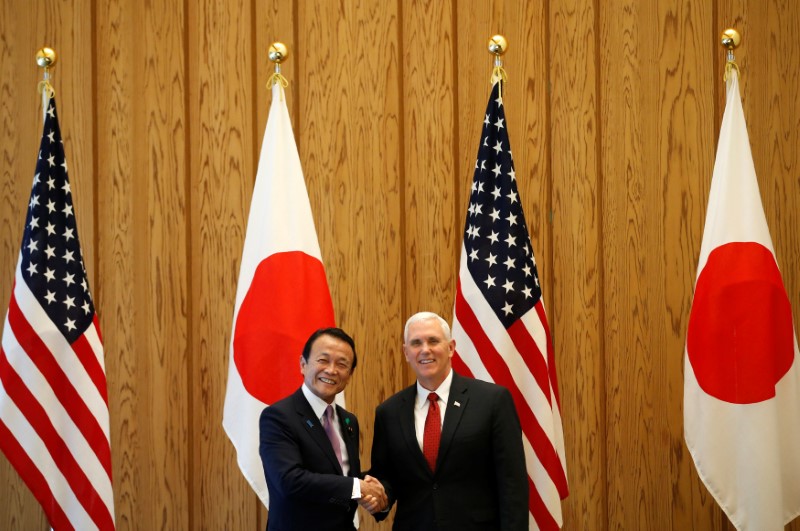 During a 20 minute-meeting in Tokyo on Wednesday, Pence and Aso exchanged views following President Donald Trump’s recent remark that he might be willing to rejoin the Trans-Pacific Partnership (TPP), if it were renegotiated to benefit the United States, the sources said.

“We’d like to encourage the United States to rejoin TPP, but we want to prevent the issue of trade imbalances flaring up,” one of the sources said on condition of anonymity, because they were not authorized to speak to media.

The two sides did not discuss specific sectoral issues such as exports of automobiles and shipments of beef, on which Washington had pushed for fewer restrictions during working-level talks in late January, they added.

Pence, who visited Japan on his way to the Winter Olympics in South Korea, told a news conference on Wednesday that Washington wanted to promote growth based on “free and fair” trade but that regional security issues were the main reason for his visit.