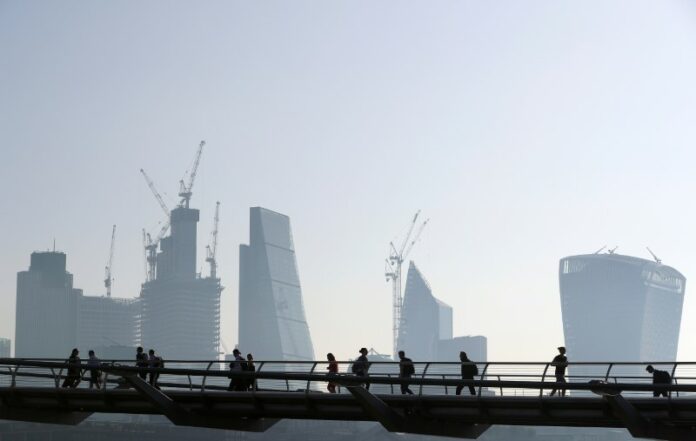 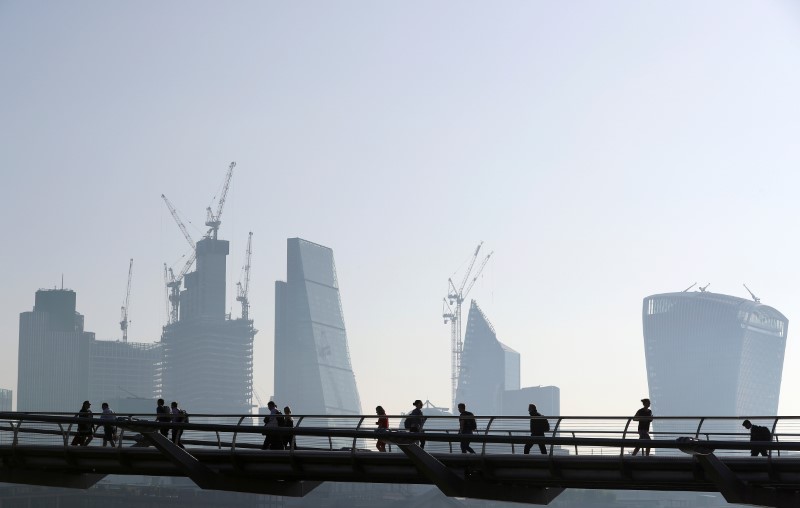 © Reuters. People cross the Millenium Bridge in front of the City on a sunny morning in London

LONDON (Reuters) – Global banks in Britain are calling for a special work visa waiver after Brexit to preserve the City of London’s standing as a top global financial center, two industry sources said, a move that would be more generous than the current arrangements.

The industry is demanding a new arrangement where international staff posted to Britain for less than six months will be able to come and go freely without having to apply for a work visa before they travel, the sources said.

The proposal is a core recommendation in a draft report by TheCityUK, which promotes Britain’s financial services sector, and consultants EY, the sources said.

The report has been shared with the Home Office and Treasury and is the most detailed request yet by Britain’s finance industry to the government about how it wants immigration policy to look like after Brexit.

Executives in the City of London, home to global foreign exchange, bonds and fund management operations and to more banks than any other financial center, have expressed concern that a crackdown on immigration after Brexit may hamper their ability to find staff with the right skills.

The document is due to be formally announced in ten days time at an event where the immigration minister Caroline Nokes is due to give a keynote speech.