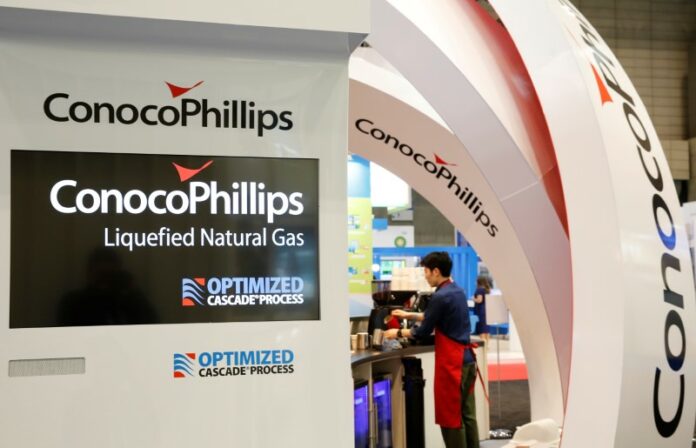 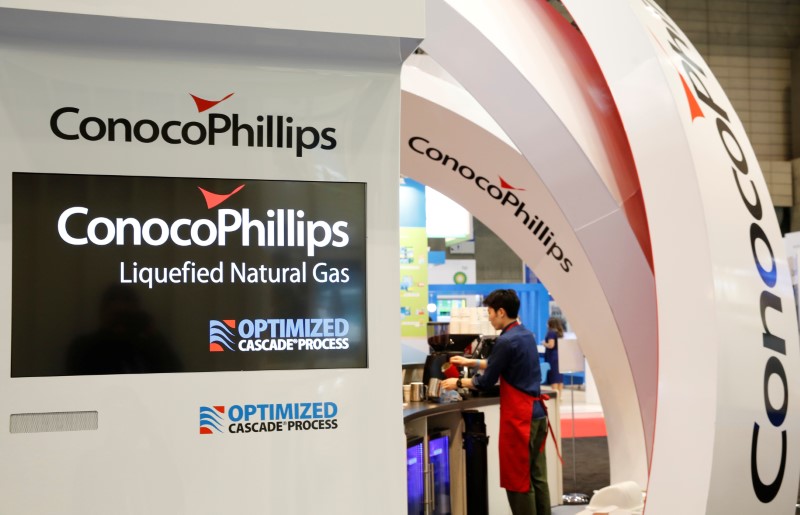 © Reuters. Logos of ConocoPhillips are seen in its booth at Gastech, the world’s biggest expo for the gas industry, in Chiba

The disposal of Conoco’s North Sea assets after more than 50 years in the British offshore basin could fetch as much as $2 billion, but it was unclear how much of the portfolio would be put up for sale, the three sources said.

The company has yet to launch a formal process or appoint a bank but executives from Conoco have spoken in recent weeks to a number of North Sea operators and bankers to “gauge the appetite for the sale”, one of the sources said.

The assets include a 24 percent stake in the west Shetlands region’s Clair field, which its operator BP (L:) says is the largest undeveloped oil and gas resource in the UK North Sea. The Clair Ridge project is expected to begin production this year, according to BP.

Other fields include holdings in the Britannia and J-Block hubs.

Conoco’s production in the UK North Sea reached 75,000 barrels of oil equivalent per day in 2017, its annual report said.

The company tried to sell some of its North Sea assets in 2014 but the process failed, the sources added.

Conoco is the latest major oil company seeking to exit the North Sea as production in the aging basin declines, other areas become more competitive and costs for dismantling aging infrastructure weigh.

Conoco earlier this year said it would cut some 450 jobs in Britain, more than a quarter of its UK workforce.