What to Expect From the Fed and ECB This Week 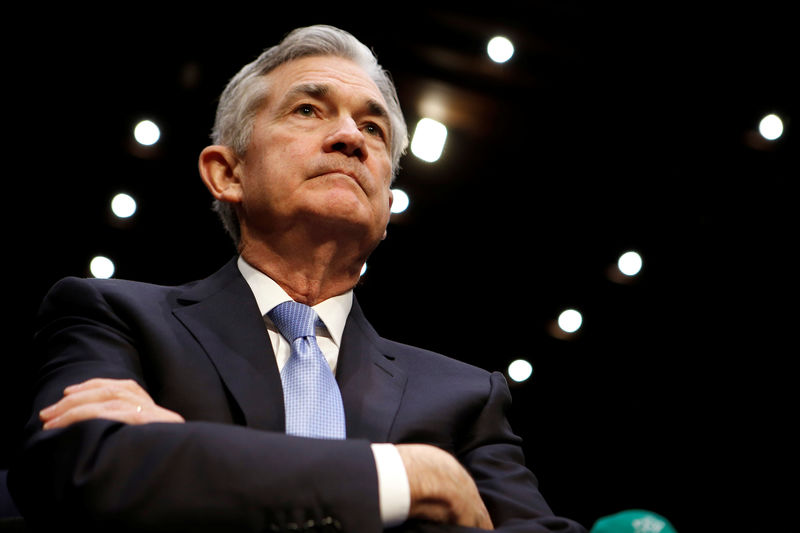 © Reuters. What to Expect From the Fed and ECB This Week

(Bloomberg Opinion) — The meetings of the Federal Reserve and the European Central Bank this week are likely to show that these systemically important institutions continue to gradually move away from the policy approach they adopted to contain the trauma of the global financial crisis from 2010 to 2017. Yet the two institutions are making this shift at different speeds, and that difference could become more pronounced, raising interesting questions for markets.

At its June 13 gathering, expect the Fed to:

In doing all of this, the Fed will be signaling confidence about the strength of the U.S. economy as the beneficial impact of continued labor market gains is reinforced by a pickup in business investment and higher government spending. This U.S.’s vigor allows the Fed to set aside the spillover effects of less buoyant international growth conditions, uncertainties in Europe and local market disruptions in some large emerging economies. It also allows the central bank to sidestep for now the uncertainties about international trade that dominated the G-7 summit at the end of last week.

When it meets June 14, the ECB will attempt to paint a positive picture of the euro-zone economy. But because the economic, financial and political context contains greater uncertainty, the central bank is unlikely to deliver the policy announcement that some in the markets have already been inclined to price. Specifically, rather than end its asset purchase program in September, the ECB will extend it for at least three months and keep open the possibility of further extensions. This, in turn, would push back expectations for the beginning of the rate-hiking cycle.

As they express confidence about the economic outlook, the two central banks will also be reaffirming a policy shift that has been apparent for a few months: their move away from the practice of countering spikes in volatility in financial markets, or in market lingo, reducing the effectiveness of the “central bank put.”

In the immediate aftermath of the global financial crisis, and in the case of the ECB, the European debt crisis, the central banks had to prevent dislocated financial markets from tipping their economies into a multiyear depression. While the central banks succeeded, political circumstances made it difficult to hand off the policy baton to other government agencies. As such, both the Fed and the ECB had little choice but to take on the bulk of the responsibility for bringing about better macroeconomic outcomes.

The financial asset channel was the only viable way for central banks to pursue those goals. Both by design and by practice, they are unable to deliver more direct pro-growth measures such as tax system reforms, improved productivity, new infrastructure programs or improved education, worker retooling and retraining. Instead, they combined floored interest rates and large balance sheet operations with more aggressive verbal intervention, both on forward policy guidance and to counter what they deemed to be disruptive bouts of market volatility.

But this year, in a notable departure from its past approach to policy, the Fed took no steps to repress the heightened volatility that gripped financial markets in February. Similarly, the ECB said little and did nothing to counter the sharp widening in certain sovereign spreads caused by political developments in Italy in May. As a result, it is becoming clear to markets that only major financial dislocations will bring the central bank put back into play when it comes to volatility suppression.

This week will confirm that two systemically important central banks are continuing their gradual shift to a policy approach that is more normal and less unconditionally supportive for markets. The two meetings will also highlight continued divergences in the speed of monetary-policy normalization that, along with a widening difference in prospects for economic performance, may have a more important impact on market valuations in the months ahead.