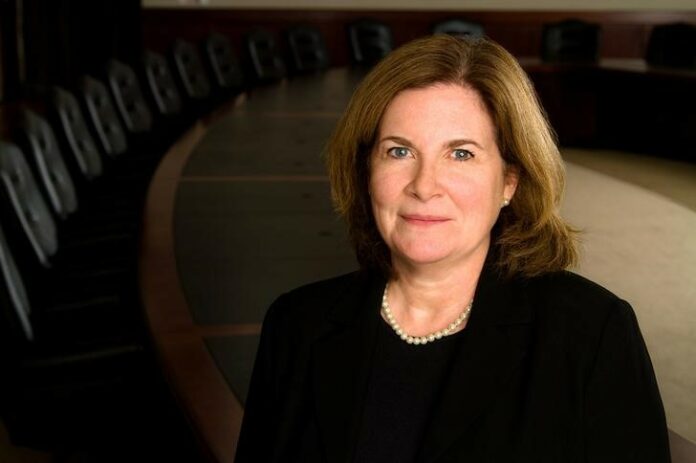 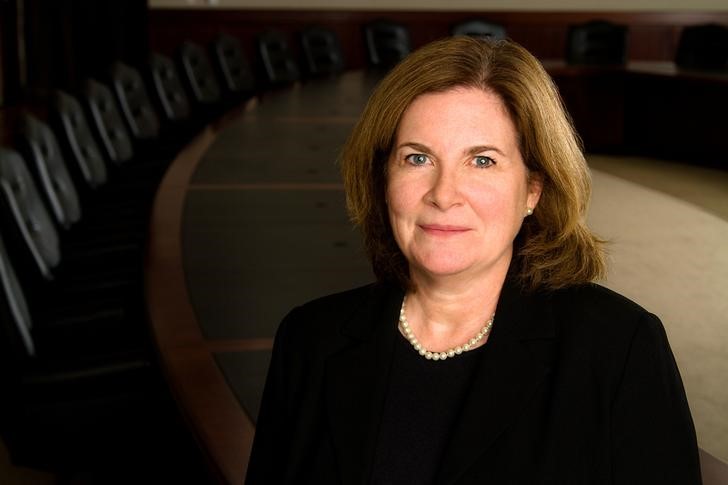 SAN FRANCISCO (Reuters) – The U.S. central bank’s staunchest advocate for faster interest-rate hikes is set to regain the power to vote at the Federal Reserve’s rate-setting meetings starting next month, but the shift is unlikely to mean faster rate hikes under Chair Jerome Powell.

Thanks to a rarely-triggered clause in the Fed’s rule book that passes voting rights to an alternate when the designated voter’s post is vacant, Kansas City Fed President Esther George will vote on interest-rate decisions once San Francisco Fed President John Williams takes his new job as chief of the New York Fed, on Monday.

But though George is known as a hawk and was a frequent dissident at the Fed in the past, that may not be the case this time around, simply because so many at the central bank now share her longheld view that the U.S. economy needs higher interest rates.

“George will essentially be seen as a centrist,” said Tim Duy, an economics professor at the University of Oregon who follows the Fed closely. “Given that the Fed is on track to raise rates at least two more times this year, having George as a voting member is not going to alter the outcome.”

The Fed began its June meeting Tuesday and is expected on Wednesday to announce a unanimous decision to raise rates for the second time this year.

George has never been a centrist before. Since taking over her job in 2011 from the equally hawkish Thomas Hoenig, she has cast 16 votes on policy. Twelve of them were dissents because she wanted a rate hike when others did not.

But there has been a marked shift toward broader support of tighter policy at the Fed since George’s last voting stint in 2016. With unemployment at a near 50-year low and inflation rising toward and perhaps a touch above the Fed’s 2-percent goal, George’s views are no longer an outlier.

To be sure, Fed forecasts show there is one Fed policymaker who wants a fifth rate hike this year. The Fed does not reveal who makes each rate forecast, but even if that forecast belongs to George, it points to likely a single dissent for her this year. Next year, when she starts her regular rotation as a voter on Fed policy, could be a different story, Duy said

George could retain the vote for most if not all of the year, as the San Francisco Fed has said its search for a successor to Williams does not have a specific deadline, and similar searches have historically taken six to nine months.

The last time the rule requiring an alternate member to vote at the Fed was triggered was in 2006, when St. Louis Fed Bank President William Poole voted twice in lieu of the Atlanta Fed.