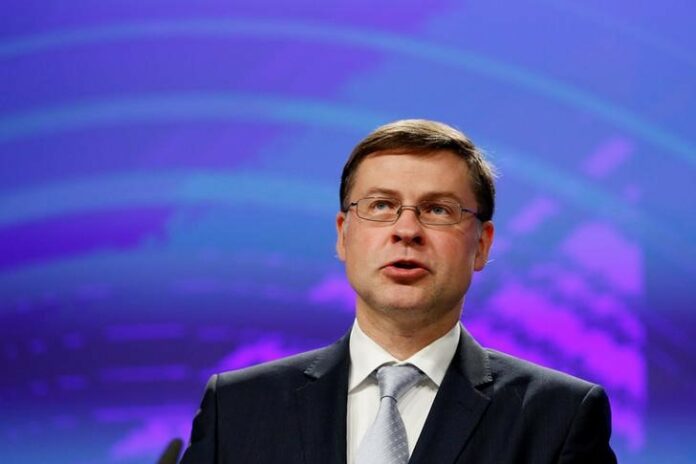 EU and BoE clash over fate of financial contracts after Brexit 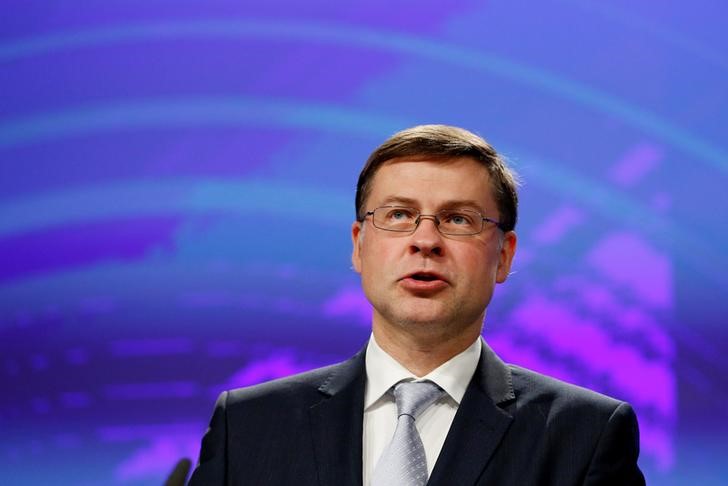 By Francesco Guarascio and Huw Jones

BRUSSELS/LONDON (Reuters) – The European Commission said on Wednesday that existing financial contracts, such as derivatives or insurance, are unlikely to be affected by Britain’s departure from the European Union – a view the Bank of England described as “wrong headed”.

The BoE has said 82 billion pounds’ ($109 billion) of insurance liabilities involving 48 million policyholders could be disrupted across Britain and the European Economic Area. Derivatives worth a notional 26 trillion pounds are also caught in the Brexit crosshairs.

That appeared to soften the line Dombrovskis took in May, when he declined to offer guarantees on existing contracts in a hearing at the European Parliament.

Britain and the EU have agreed on a “standstill” transition period whereby EU rules remain in force in Britain until the end of 2020, which would ensure continuity in cross-border financial contracts such as insurance policies and derivatives.

But this transition is part of a broader divorce settlement that is still being negotiated, and will not be legally watertight until it is finalised before Britain pulls out in March.

Dombrovskis said supervisors and firms needed to look separately at each type of contract, but added that at this stage he did not foresee a general problem. “It does not appear to be at this juncture an issue of general nature linked to contract continuity,” he told reporters.

BoE Deputy Governor Sam Woods told British lawmakers on Wednesday that both Britain and the EU needed to act to ensure continuity in derivatives and insurance contracts.

It was “simply impractical” to leave it to banks and insurers to move contracts from Britain to hubs in the EU before next March as there won’t be enough time, he said.

“I think that’s wrong headed, and I think in the end that view will change,” Woods added.

Banks and insurers are hoping that a joint BoE and European Central Bank working group set up to look at maintaining orderly markets around Brexit Day next March will help to spur the EU to take action.

Britain said last year it would legislate, if need be, to ensure that branches of EU banks in London could continue serving UK customers after next March.

Woods said this commitment was the “linchpin” of how the BoE will deal with 160 EU branches, even though the EU reiterated on Wednesday it won’t reciprocate for banks in Britain who serve customers in the EU.

The government hopes to publish draft legislation for a “temporary permissions regime” for EU branches before the summer parliamentary recess, Woods said.

The regime would last three years from next March, beyond the end of the proposed transition period, giving the BoE time to reauthorize EU branches.

Woods said it was a “sore point” that EU banking regulators have stated banks were not ready if Britain crashed out of the EU next March. The BoE has said banks in Britain could cope with a disorderly Brexit.