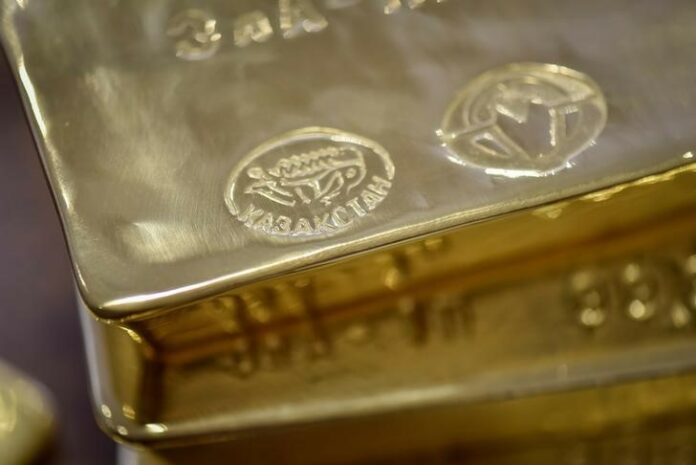 Investing.com – Gold prices tumbled Wednesday, as the dollar added to gains, while the Trump administration’s threat of further tariffs on Chinese goods roiled other metals as copper sank to a nearly one-year low.

The White House issued a list late Tuesday of 10% tariffs on $200 billion worth of Chinese imports it will assess.

The threat of further U.S. tariffs on Chinese goods failed to garner investor demand for safe-haven gold, as dollar strength continued to keep a lid on the yellow metal.

The , which measures the greenback’s strength against a trade-weighted basket of six major currencies, rose by 0.61% to 94.41 amid positive wholesale inflation data Tuesday.

As well as data Tuesday, the U.S. Senate’s approval of a motion to give Congress a role in reviewing President Donald Trump’s decision to impose tariffs on national security grounds, also boosted the greenback.

Dollar-denominated commodities such as gold are sensitive to moves in the dollar. A rise in the dollar makes gold more expensive for holders of foreign currency, reducing demand for the precious metal.

Renewed trade-war concerns drew a large negative reaction from other metals as copper, zinc, aluminium and nickel fell sharply on expectations that a trade-war would limit demand from China – responsible for more than half of the world’s total metal consumption.